By MartinMurigi (self meida writer) | 26 days 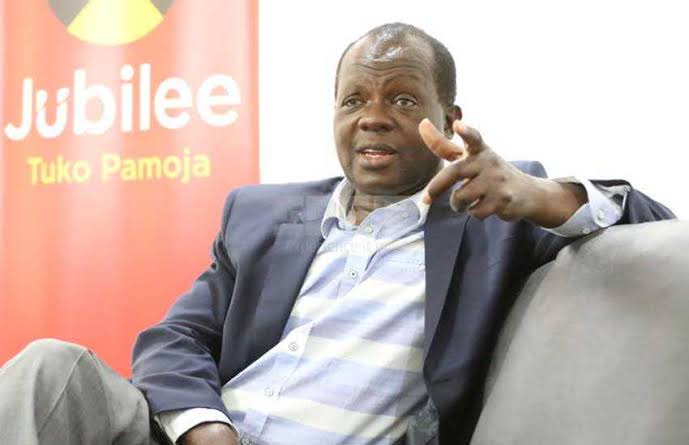 In an exclusive interview on Monday night with NTV, Tuju hit out at those celebrating the annulment of the Building Bridges Initiative (BBI) saying there were "like dancing on the graves of those who have died during political violence in Kenya." 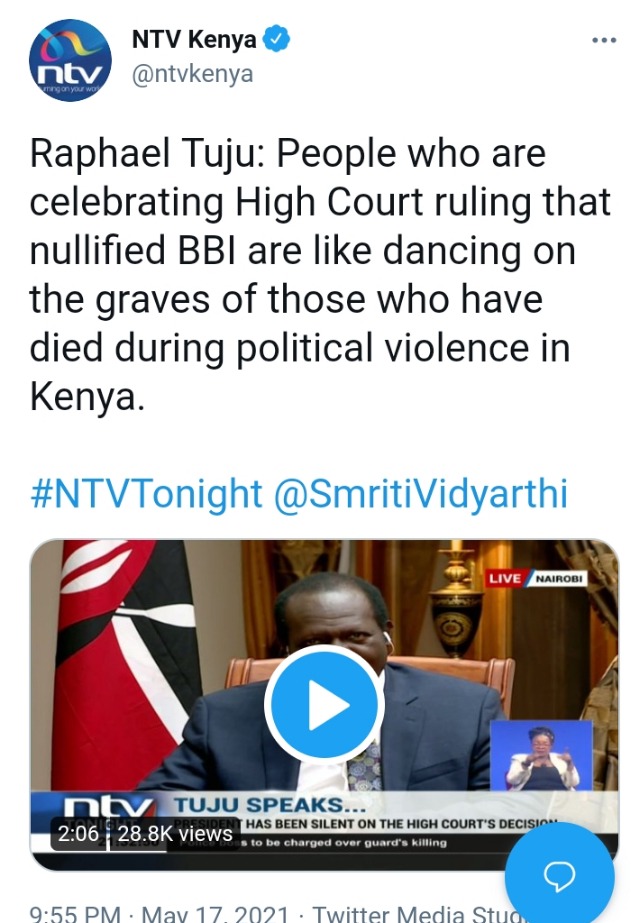 Ruto and his Tangatanga brigade are among thousands of Kenyans who hailed the High Court after it declared the process to amend the Constitution irregular, illegal and unconstitutional, bringing BBI 'reggae' to an unexpected halt. 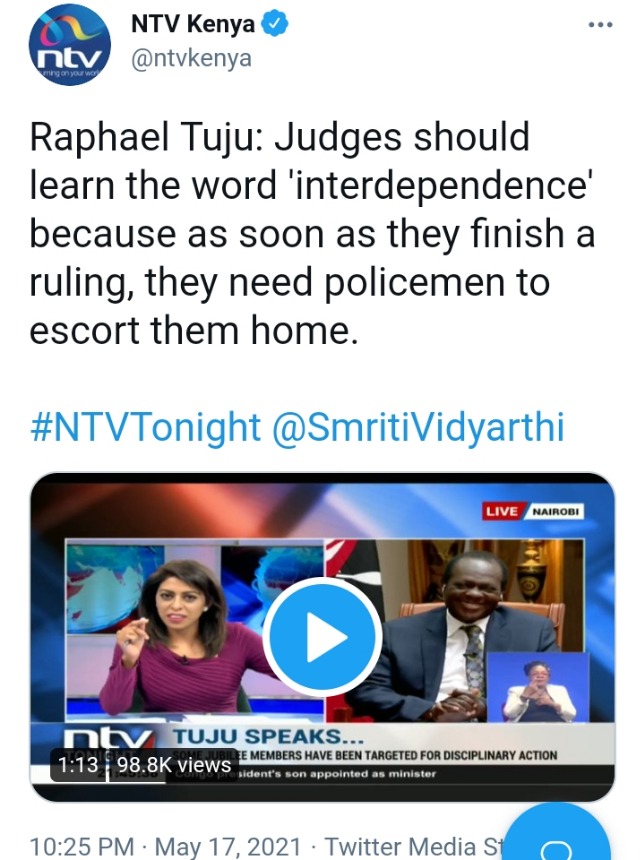 Tuju, a Cabinet Secretary without a portfolio, went further and appeared threaten the judicial officers when he told them to be wary of their security since they depend on the National Police Service for protection. 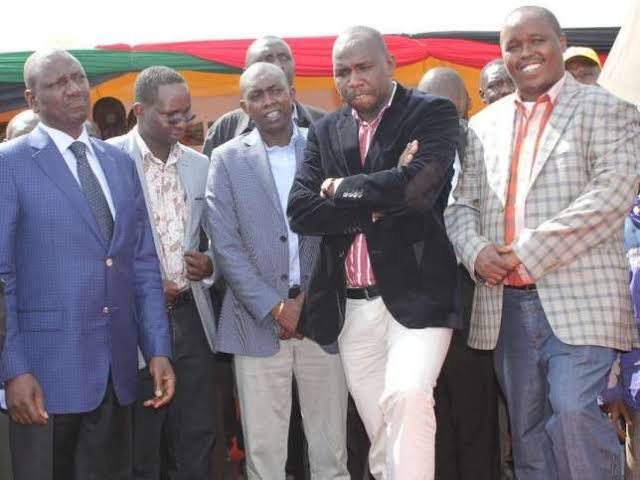 The remarks did not go well with some Tangatanga leaders who accused the Jubilee Sec-Gen of intimidating judges after the annulled BBI, which was the brainchild of his boss President Uhuru Kenyatta and his handshake partner Raila Odinga.

Elgeyo Marakwet Senator Kipchumba Murkomen said Tuju should be last person to attack the Judiciary since had it not issued a court order he could have been declared bankrupt already. 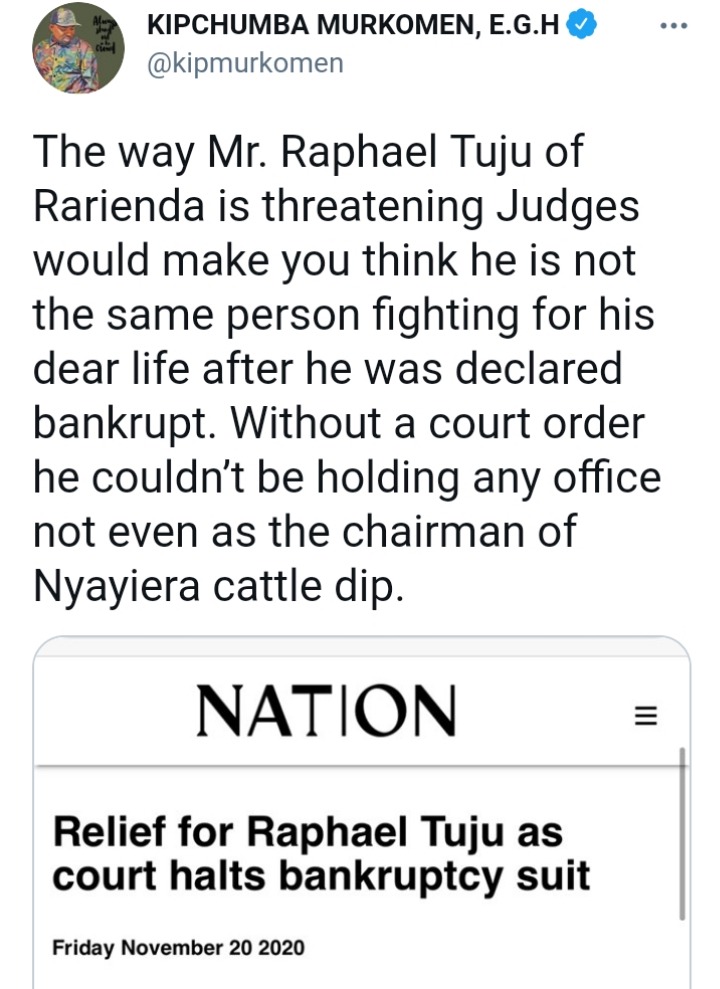 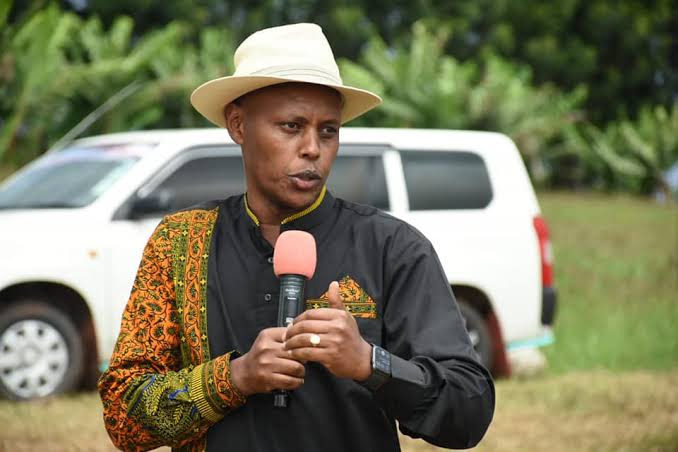 Anthony Nzuki, a United Democratic Alliance (UDA) youth leader, said the CS should keep off Judiciary since it was not an organ of the ruling party. 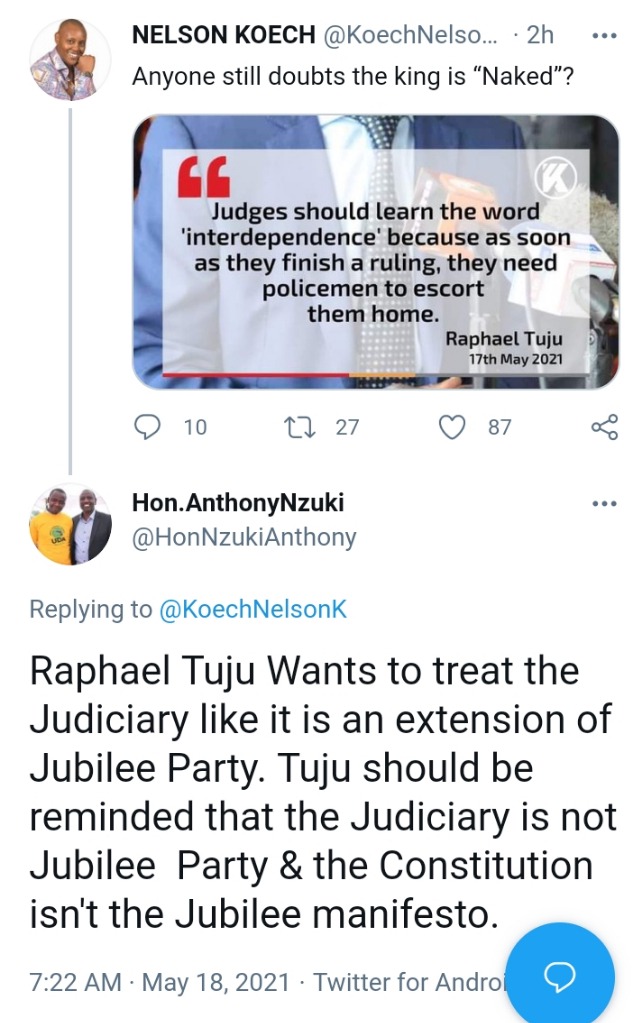 "NASA is Dead" as Mudavadi Declares The Following Towards 2022 Elections