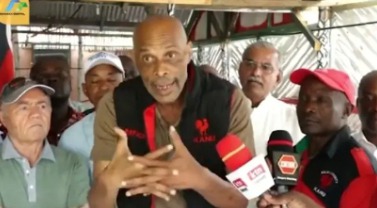 Raila's Orange Democratic Movement party has lost the backing of Gideon Moi's KANU, a senator from Baringo county, for its candidates in the coastal area.

formally stating that they will not support any ODM candidates in the coast region from the governor's office to the county assembly members' meeting place.

They have already endorsed Franco Eposito Kasoso of Kilifi, who is running for governor on an independent ticket, to defeat Forner CAS Gideon Mungaro of the Orange Democratic Movement. 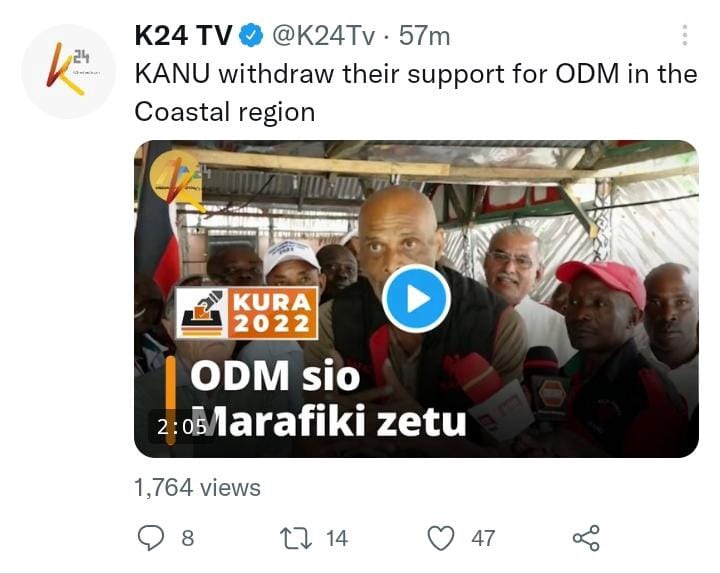 He stated that they have not decided on a candidate for the Monbasa governor's seat but will run a campaign against Hon. Abdulswamad Nassir Sheriff, a member of parliament representing the Mvita constituency and a candidate for the Orange Democratic Movement party.

They asserted that despite being part of the same coalition, ODM officials from the coastal region consistently excluded them from all Azimio la Umoja-One Kenya Coalition Party engagements.

Despite giving up the presidency for them and after their leader Gideon Moi persuaded Wiper party leader Kalonzo Musyoka to abandon his campaign to endorse Raila, Bafadhali charged that ODM did not appreciate them. ODM was designated as the enemy by Bafadhali, who swore not to reverse their stance.