According to new information, ANC leader Musalia Mudavadi and Ford Kenya' s Moses Wetangula may have lied to President Uhuru Kenyatta about their support for his succession plan. It' s worth mentioning that the President has met with the two, as well as their OKA colleagues Gideon Moi and Kalonzo Musyoka, three times in the previous three months in an attempt to persuade them to support ODM leader Raila Odinga' s quest. 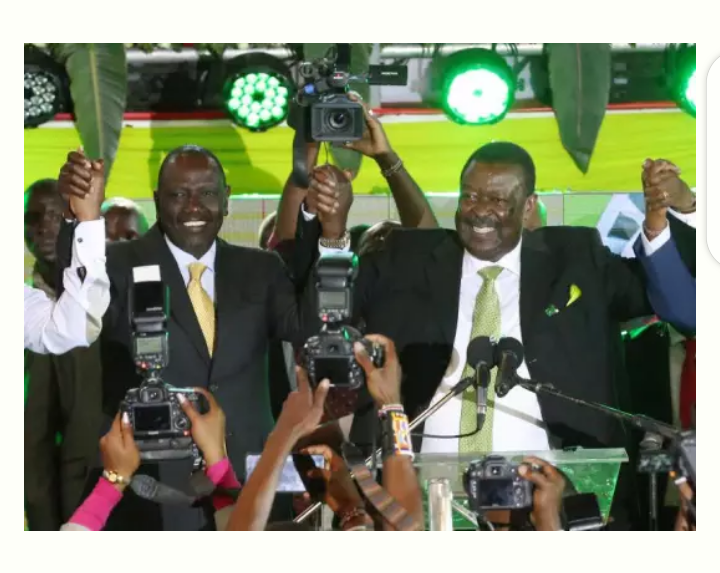 It has been revealed that they have been lying to Uhuru about their willingness to collaborate with him and, by implication, Raila, while secretly negotiating an alliance with DP William Ruto.

This is one of the things Uhuru revealed while slamming the two for taking him for a ride, according to leaders who attended Uhuru' s meeting with Western Kenya politicians at State House on Tuesday.

" The President expressed disappointment in Mudavadi for agreeing to cooperate with Ruto, despite the fact that he had been in contact with them all along, " Tongaren legislator Eseli Simiyu told The Star newspaper on Wednesday.

Those there painted a picture of a visibly enraged Uhuru, who couldn' t believe the two were already interacting with Ruto while pretending to be talking to him.

The President has declared war on the three- man team, according to Simiyu, who also informed the 32 MPs and four governors present that the fight he will wage against the Ruto- Mudavadi- Wetangula axis will not be easy. He also reportedly urged the staff to keep drumming up support in the region for Raila and his Azimio La Umoja effort, while ensuring that Ruto does not infiltrate it and make things difficult for Raila.

He is also quoted as saying, " He said clearly that the fight will not be easy, but he asked us to get on the ground for campaigns as soon as possible. "

Kakamega governor Wycliffe Oparanya reiterated his sentiments, saying that the President told them to do everything it takes to hand Raila the region.

Mudavadi claimed he has never considered joining Azimio and that working with Raila is not an option he can explore during his party' s NDC gathering in the Bomas of Kenya on Sunday.

Signs And Symptoms Of Monkeypox And How It's Transmitted

Hairstyles Have Grown To A Form Of Art That Is Professional. Checkout Below For Ideas

Gachagua's Message To Moses Kuria Ahead Of August Elections

MUTD unscripted: The power of courage

How Chelsea players are enjoying their post season break (Photos)