By TeresaKE (self meida writer) | 1 months 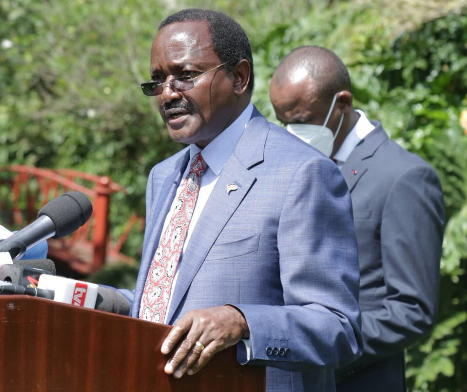 The stand off between the Former vice president Kalonzo Musyoka and ODM leader has elicited mixed reactions online with Political Analyst Joseph Simekha pinning down the idea of the Wiper party leader that he was no going to deputize Raila the third time.

In an exclusive interview with NTV, Kalonzo stated that it was better to head to his Tseikuru residence rather than support Raila, sentiments that the former prime minister dismissed stating that he had yet to declared his 2022 political ambitions.

Speaking in a virtual interview with TV 47 on Monday evening, Simekha urged Kalonzo to understand that the political scene favors the leader with interests, and more so those who are ready to risk and not the reality penned in written or verbal political agreements.

"All the leaders in Nasa at different points stated that it was dead, but also dismissed when the situation favoured them. Each one of them is pulling into different directions and it is upon the leader who has the power to exert it and extract whatever he wants of Nasa will go away with the trophy. It will not matter how much the other leaders talk," said Simekha.

Kalonzo had maintained that he will continue expressing his pinion until the Nasa coalition agreement is followed. 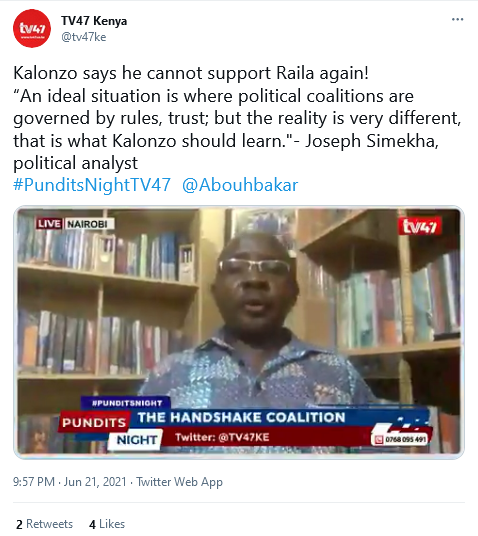