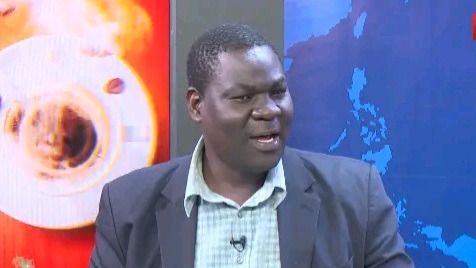 Political analyst Duncan Ojwang says Rigathi Gachagua is a Kingpin in the making.

Speaking in an interview conducted by TV47,Duncan says no sooner Gachagua was he unveiled than president Uhuru announced that he would not be joining Azimio la Umoja campaign trail.

"Gachagua is the foremost person who answers Uhuru Kenyatta with authority when he tries to decampaign Dp Ruto," Duncan Ojwang adds

Duncan Ojwang's sentiments comes amid opinion polls claiming that Martha Karua is too strong for Rigathi Gachagua in Mt.Kenya region.

Reports indicate that Raila's percentage has risen since Karua was picked as his running mate.

Duncan says Karua effect in Mt.Kenya region died a natural death and Raila will not garner more than 20% in the populous region.

"In Kirinyaga alone,when Karua was aspiring for Gubernatorial position she was ranked the third position after Waiguru and Wangui. Coming to national politics won't determine Raila's popularity in Mt.Kenya region," she stated

JUST IN: Security Beefed Up Around Bomas Auditorium as Kalonzo Arrives [Photos]

Photos of DP Ruto, Rachel and Rigathi Gachagua Inside Bomas of Kenya VIP Lounge on Monday