"Baba Anasahau Ama?" What Kimemia Was Spotted Doing to Odinga in Nyandarua That May Raise Questions

By Mwananchi_Informer (self media writer) | 7 months ago 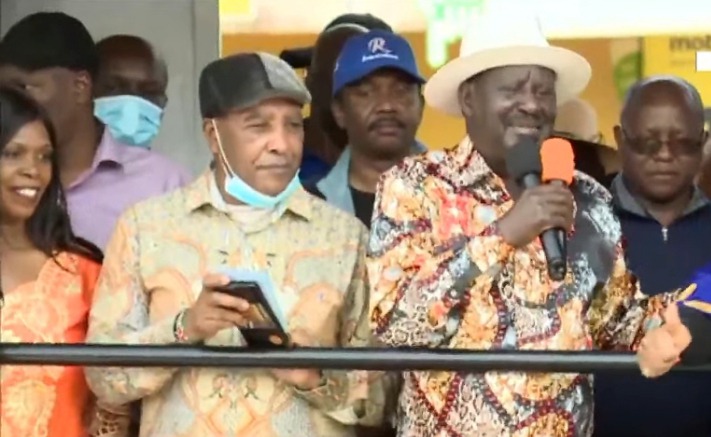 Raila Odinga has reiterated his promise to Kenyans that he had made when he was in Nakuru when he said that he will ensure all unemployed youths get a monthly pay of Sh6000 if elected as the next head of state. 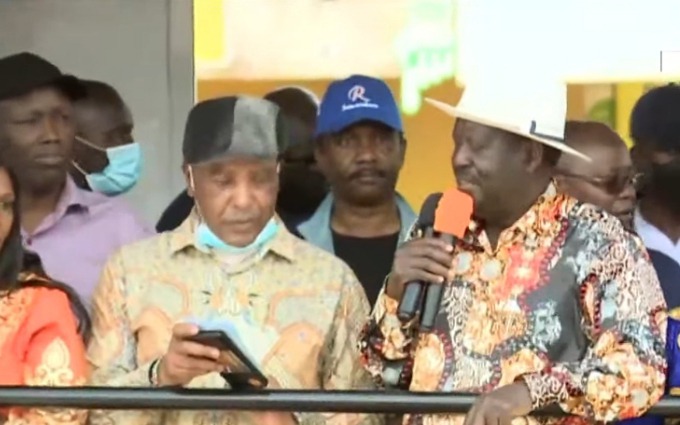 However as the ODM leader was addressing the people of Nyandarua, it could be noticed that he was being guided by the leaders who had accompanied him. At one point when Odinga was addressing the people of Njabini, Governor Kimemia could be seen directing Odinga what to say using what he was holding that looked like a note when Odinga seemed not to understand well details relating to Nyandarua County. Odinga occasionally peeped at the note as he addressed people. This is a clear indication of the huge support Raila Odinga is receiving from the Mt Kenya leaders.

However, some people may think that Odinga was devoid of points or may have forgotten what to say while addressing the residents of Njabini which is not the case. This may also raise questions among Odinga's supporters. Check the photos below; 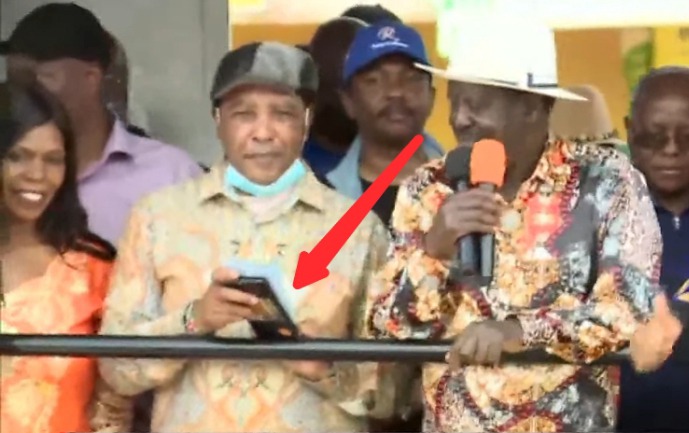 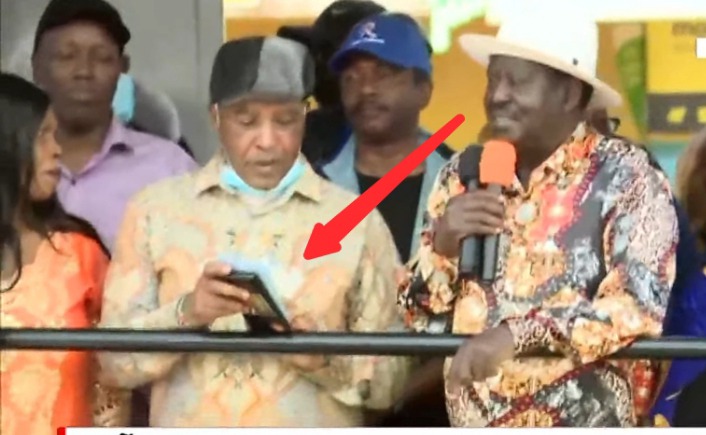 Dp Ruto Responds To The Leaked Audio Of Him Allegedly Wanting To Slap President Uhuru.

Meet The Five Brothers Who Are Professors.

'Ruto is Opnocious and Has A mission To Kill Our Country' Babu Owino Sends this Message to Ruto.