By thegreatestgoat (self meida writer) | 8 days 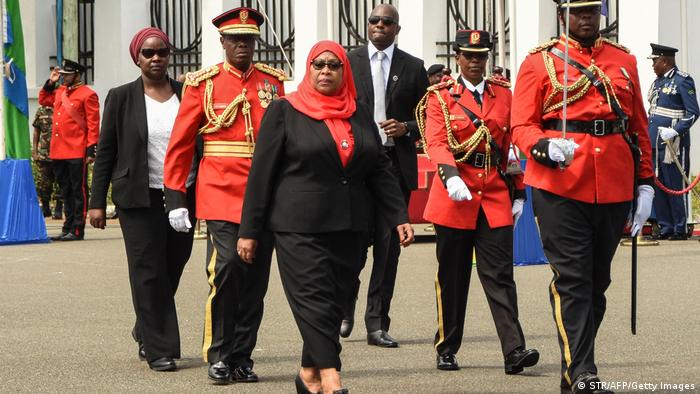 Following the death of Tanzania's fifth President John Pombe Magufuli on the 17th of March 2021, a new regime led by his Deputy President who later assumed power as the sixth President of Tanzania under Chama Cha Mapinduzi (CCM) Party on the eve of March 19th 2021, President Samia Suluhu Hassan is seemingly following the leadership style of her former boss.

Indeed an apple does not fall so far away from its tree. This has been revealed following complaints by the former Presidential candidate Tundu Lissu who has since returned in the country from exile in Belgium.

The embattled opposition leader from CHADEMA party has fiercely condemned President Suluhu's government for failing to uphold the fundamental right association following a disruption of their meeting by state machinery.

Tundu Lissu has allegedly reported that eleven leaders belonging to CHADEMA party have been arrested by the police in Mwanza Province last night for organizing a constitutional amendment conference. Tundu Lissu in a tweet has urged the people of Mwanza to take to streets to demand the release of their leaders.

Among those who were arrested is CHADEMA party chairman Freeman Mbowe. According to Tundu Lissu, organizing for a constitutional reform is not a criminal offence. 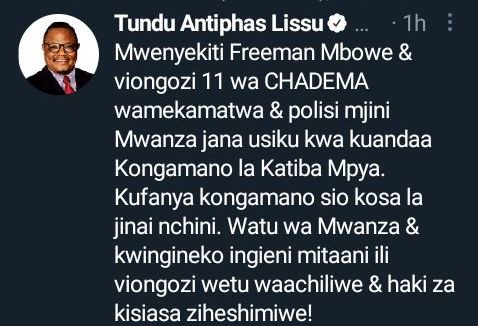 Content created and supplied by: thegreatestgoat (via Opera News )