Dp Ruto Breaks Silence, Explain Bottom Up Economy After A Heated Debate Across The Political Divide 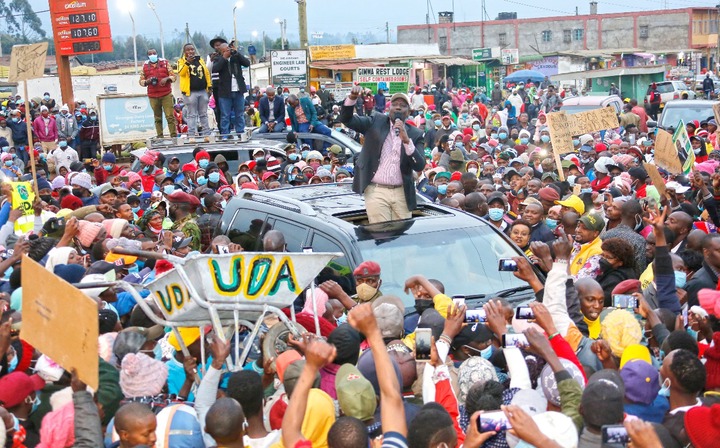 Bottom-up economics, a business concept championed by Deputy President William Ruto in his bid to become Kenya's fifth President, has become the punchline of all jokes.

Some were not so hilarious, such as being compared to a human's backside being elevated in an imprecise Swahili translation, according to Jubilee Party Secretary-General Raphael Tuju. The concept, according to David Ndii, an economist and admirer of the Deputy President, is “about getting dynastic crony-capitalist cartel butts out HustlerNation.”

"It is the ECONOMY.Trickle down FAILED for aiding patronage & cronyism, breeding cartels & monopolies that benefits FEW.Bottom up is anchored on DELIBERATELY promoting INVESTMENTS & FINANCIAL INSTRUMENTS targeting the MILLIONS who are unemployed,hustler enterprises/farmer groups. https://t.co/TtdG0pPzJa" A Statement by Dp Ruto 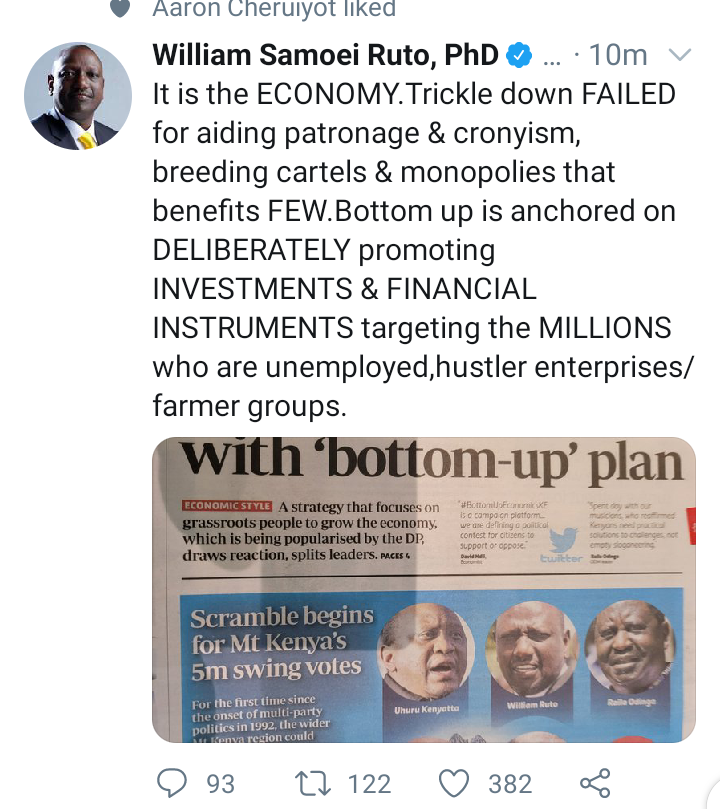 “Ni kukataa kukaliwa,” he added (It is about refusing to be exploited). Musalia Mudavadi, the ANC Party Leader, compared the bottom-up method to sipping from the bottom of a bottle, leaving nothing for the public.

In some cases, it has looked to be nothing more than a clever political term, whose definition and particular have evaded even its most enthusiastic supporters, such as Alice Wahome, the Kandara Constituency MP.

Despite the jokes, it appears that the bottom-up method is becoming a wedge that is splitting the political class as the 2022 elections approach. Its supporters claim that it is a revolutionary system that will drastically alter the economic fate of millions of Kenyans.