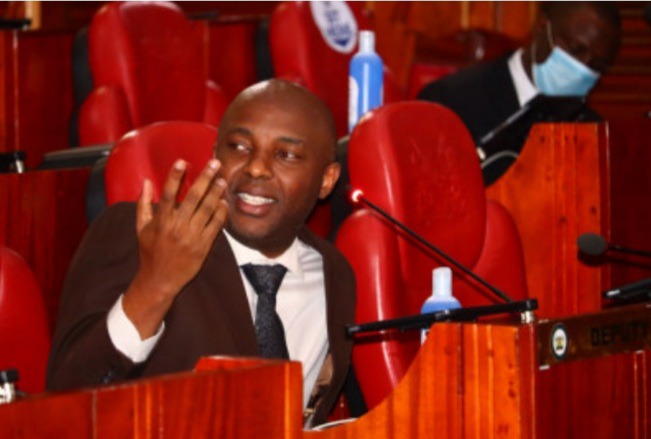 Murang'a Senator Irungu Kang'ata came to defend the 21-year-old student being sued by the Asset Recovery Agency after receiving 102,654,024 Ksh from her Belgian lover.

Feesta Njoroge, a student at the Nairobi Technical Training Institute, made headlines last Friday after the agency issued an affidavit saying it was seeking to freeze her bank account, fearing the money was the proceeds of crime.

Speaking to Citizen TV on Tuesday, Senator Kang'ata condemned the move, saying that as long as she is not a public servant, her right to privacy must be respected.

“The whole government's effort to take this money from the girl is bogus, as long as she is not a civil servant. If she was a public servant or an agent of a public servant, I would support her. These disclosure requirements must exist, but they must relate to public employees and their agents,” Kang'ata said.

He further requested the arrest of the Treasury, CBK and Asset Recovery Agency for exposing the private information of the student to the public.

“The heads of the Treasury, the CBK and the Asset Recovery Agency must be arrested. Kenya is not a socialist or communist country. The right to privacy when it comes to private money is something that must be respected,” he said.

The senator further claimed that the government's insistence on watching every detail of its private citizens' money derailed economic development and kept investors away.

"The idea that the government wants to get money from private citizens on the basis of all these things that need to be done makes Kenya hostile to investors… we are proposing laws that deny economic development," Kang added. ata. .

According to the agency, Ms. Njoroge's cooperative bank account was opened on August 2, 2021, and the cash was transferred in four transactions within three days.

The Asset Agency also claimed to have issued a summons to Ms Njoroge on October 18, 2021, to shed light on the transactions, only for her lawyers to write a day later saying the summons was vague and without legal basis.

Ms Njoroge argued that the money was a gift from her Belgian boyfriend to do with what she wants.

She left the country in October and her lawyers have since been silent on when she is expected to return to the country.

The agency said on Friday it wanted the account to be urgently frozen to allow for investigations, expressing fears the account would be emptied if no action is taken.