Nairobi Women Rep Aspirant Monica Wamaitha has been arrested by police officers after she allegedly showed up on an interview wearing complete police uniform. In a news report that has been shared by a reliable source of information, it has been revealed that the suspect allegedly went to the interview on Inoooro tv with police clothes.

Taking to their different social media accounts to confirm the incident, the National Police Service has revealed that the suspect was seen by one of the officers who, immediately rushed to the station where they allegedly picked her up and took her to the police station for more investigation and questioning over the same incident.

Addressing this issue, the National Police Service through the inspector General of police, Hillary Mutyambai has called upon kenyans to make sure they stay vigilant ahead of the oncoming General elections which is supposed to be held in a few months time.

While reacting to this incident, kenyans who took to their different social media accounts to express their opinions and suggestions on the matter have called upon the inspector General of police along with the director of criminal investigations make sure she is charged in a court of law.

According to the reports given by most Kenyans, they claimed that it was so unfortunate that the government is yet to do something about the increasing number of rogue politicians in the country despite the fact that Alot the elections are in a few months time. 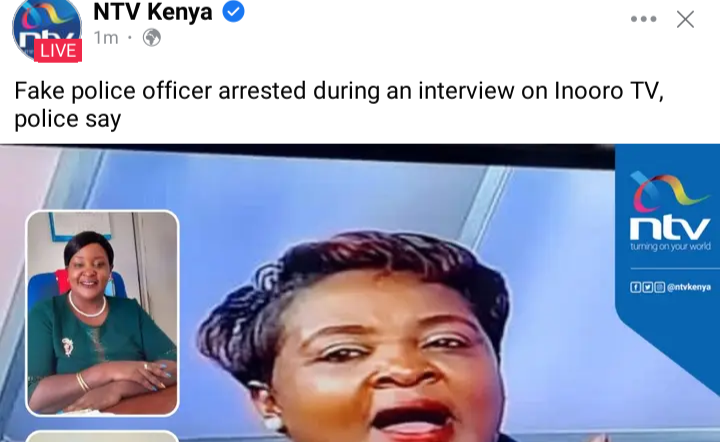