By Mwananchi_Informer (self media writer) | 4 months ago 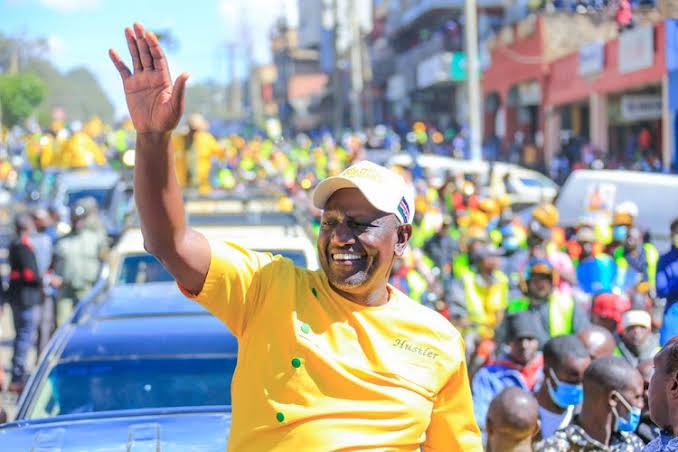 Politicians who are DP Ruto's allies especially in the Mt Kenya Region have found themselves at a tight corner following unfulfilled promises made by the Deputy President William Ruto during his rallies. Details say that the DP has been promising money to young people, women and traders but these promises remain unfulfilled.

The unfulfilled promises which are dated back from last year has left both elected leaders as well as those seeking various seats in a state of confusion. Last year, DP Ruto had toured Kiambu where he had been invited by Thika Town MP Patrick Wainaina “Wa Jungle” and who is eyeing Kiambu gubernatorial seat. During this tour, the DP held roadside rallies in Ngoliba, Thika stadium roundabout, Gatuanyaga, Gatukuyu, Makongeni, Kamwangi and Kairi. During the rallies, the Deputy President William Ruto made cash promises to the business community, women and young people.

Following the promises, traders and Boda Boda operators camped at Thika Town MP's offices and Wainaina was forced to give them his own money. Later, Thika Town lawmaker removed the UDA sticker from his vehicle and decided to contest in the August elections as an independent candidate. This is according to the Sunday Nation report.

Nominated Senator Isaac Mwaura has also found himself in the same situation where he took 45 traders from Githurai to DP’s residence last month where William Ruto promised Sh2 million. Mwaura now says that he has not received the money.

MP Mary Wamaua Waithira had invited DP Ruto to Sabasaba PCEA. The DP promised Sh1 million but the MP was later forced to give her own money.

These are just a few of the incidents that are making leaders count losses over Ruto’s rallies cash pledges. 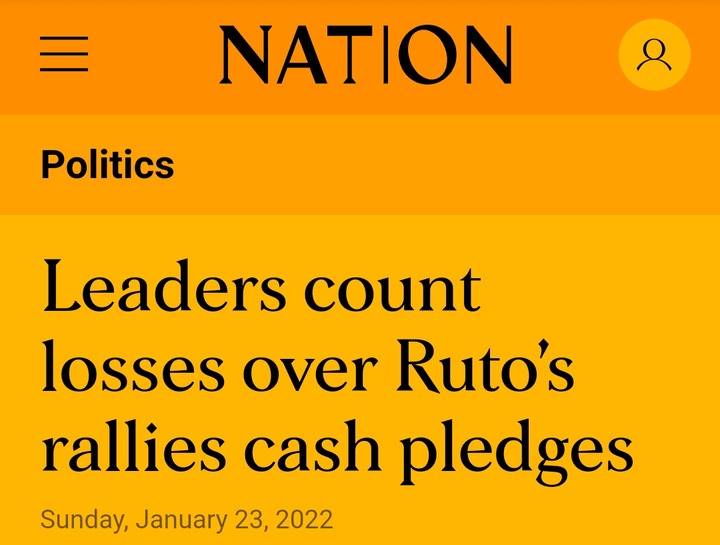