By @DigitalReporter (self media writer) | 13 days ago 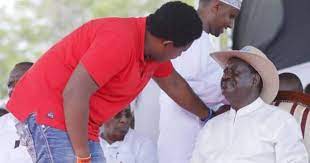 Narok Senator Ledama Olekina has been told to put his expectations from the ODM party under check.

Olekina was spotted picking a fight with some IEBC officials before police officers kicked him out.

According to Alai, the vocal senator has been placing his hopes on the Bomas drama to seek a party position 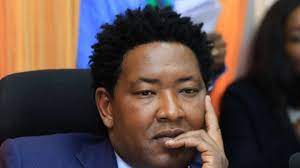 "You can’t be rewarded with a party position because you beat Chebukati. We are a non-violent movement. We aren’t going to reward thuggery. Going forward, ODM will invest in brains not brawns. Omiyo the leavers can just left!" Alai Fired back

Olekina has been using social media to lament that ODM Party left him behind and let him down regardless of the big fight and sacrifices he made because of the party.