David Mugonyi, who was given the responsibility of overseeing the Presidential Communication Service, was one of Ruto's longtime loyalists who was assigned to the State House on Friday, October 14. (PCS). 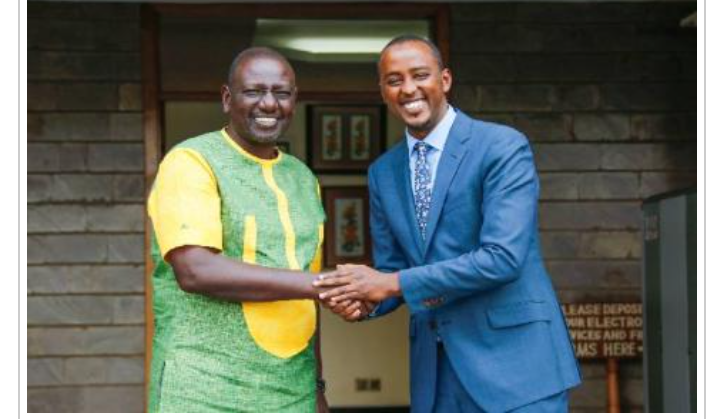 Hussein Mohamed, a former Citizen TV anchor who was chosen to serve as the State House spokesperson, will fill in for him.The two will be entrusted with assisting Ruto in outlining his aims and policies for the nation.Hussein Mohamed with President William Ruto on Monday, January 24, 2022, following his nomination as his Campaign's Director of Communications Hussein Mohamed with President Ruto on Monday, January 24, 2022, following his appointment as Director of Communications in his Campaign. 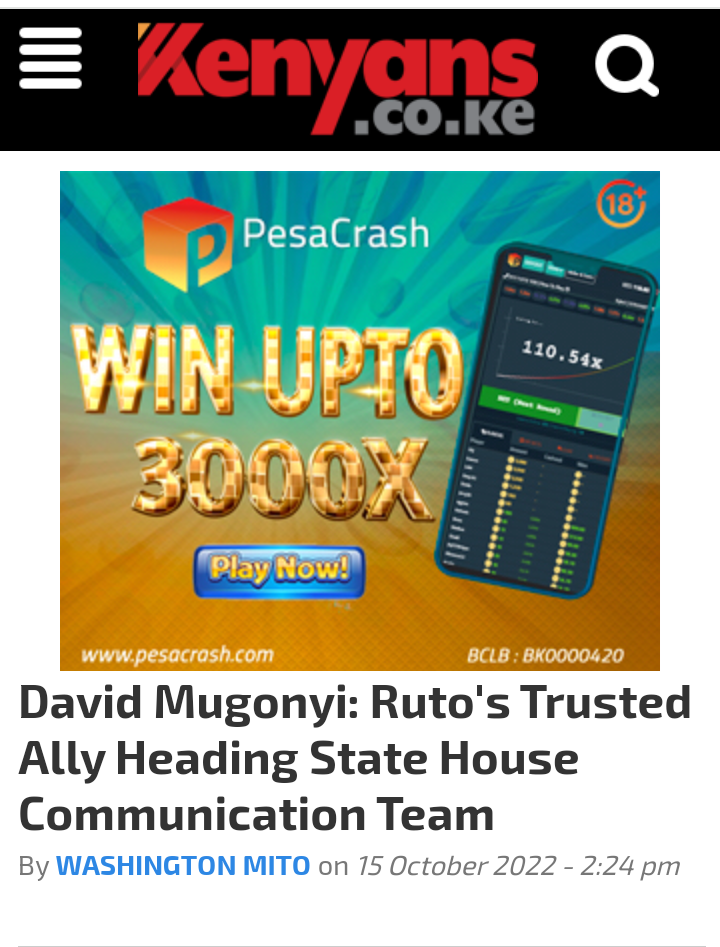 Unbeknownst to many, David has worked for Ruto since since the Jubilee administration's election of the former as Deputy President in 2013.He was thereafter employed by the Office of the Deputy President as the spokesperson and communication secretary (ODP).David avoided the spotlight, unlike other members of Ruto's communication staff like communication director Emmanuel Talam and digital strategist Dennis Itumbi, but he occasionally tweeted and answered media questions.

For instance, months before the elections on August 9, he spoke out against the removal of Ruto's security personnel.Despite keeping a modest profile, insiders claim he is more outspoken behind the scenes and has power in Ruto's close-knit groups. Therefore, individuals close to the head of state were not surprised by his selection.He oversaw the legislative press office until joining Ruto's communication staff in 2013.His close friends characterize him as an effective communicator who gets the job done; this trait has allowed him to keep up his friendship with Ruto for almost ten years.