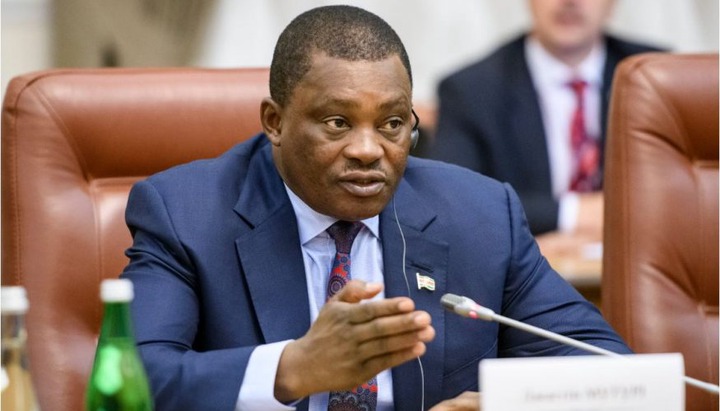 While Speaker of Parliament Justin Muturi has promised that allegations of corruption against certain MPs by a wine company will be investigated, it has been revealed that MPs use their committees as platforms for illegal enrichment.

Mr Muturi confirmed receiving a letter from London Distiller Kenya Ltd (LDK) chairman Mohan Galot, complaining that members of the Parliamentary Committee on Enforcement had been bribed by Erdermann Property Ltd to propose his arrest. 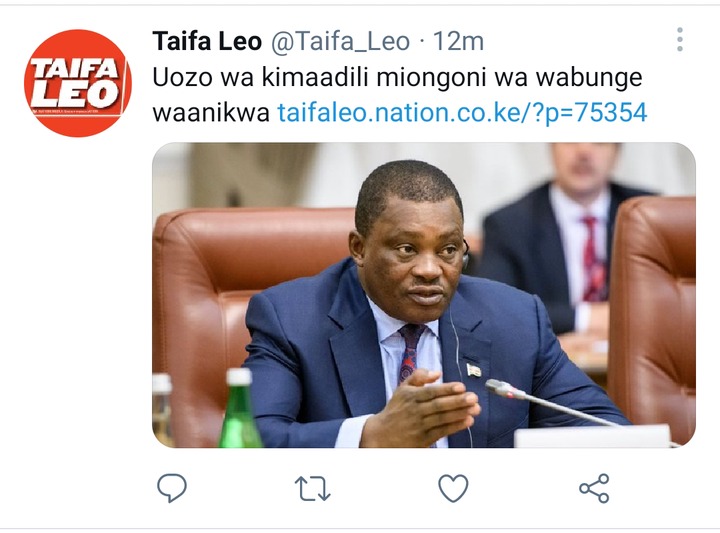 In his letter to Muturi Mr Galot states: “Members of the committee received the house free or cheaply through their relatives or the companies of which they are directors to propose the closure of the LDK. We ask his office to take action against the members of this committee. ”

"The complaint was lodged and the parliamentary clerk wrote to the complainant confirming receipt of his letter. The matter is being investigated, ”Mr Muturi said.

But Moitalel Ole Kenta, chairman of the committee, dismissed the allegations as baseless.

"We want the person who made the bizarre allegations to clarify and testify before an independent investigative body." Said Mr Ole Kenta who is a Member of Parliament for Narok North.

Mr Ole Lenta has asked the management of the wine company to appear before Speaker Muturi and evidence shows that members of his committee received bribes.

"The LDK must come before the committee and name the MPs who claim to have been given a house. We have never been bribed and will continue to do our job. The report of the Environment Committee must be implemented, ”said Narok North MP.

He accused Mr Galot of trying to silence members of the committee.

"For him, the lives of Kenyans affected by environmental degradation are not important. This company was due to close six months ago if we were to implement the recommendations of the Environment Committee report. We listened to the workers 'cries and gave the LDK time to implement the MPs' proposals, ”said Mr Ole Kenta.

The recommendations of the Environment Committee were approved by Parliament in 2018 based on a case filed by Erdemann Ltd by 3,000 home buyers, who asked Parliament to consider the impact of LDK activities on the environment.

Lawmakers have been accused of receiving millions of dollars to protect public officials who appear before their committees to investigate allegations of corruption and financial crime.

Members of parliamentary committees that scrutinize Auditor's reports exposing various cases of misappropriation of public funds in state and county government institutions have been accused of accepting bribes to protect their officials or to write a report that clears the blame.

Similarly, there have been allegations of MPs being bribed to overturn a report by parliamentary committees recommending legal action against certain senior government officials.

For example, in 2018, the Parliamentary Committee on Dignity and Powers under Speaker Muturi recommended that the Ethics and Anti-Corruption Commission (EACC) investigate allegations that MPs were bribed for up to Sh20,000 to dismiss a report on the saga. imports of toxic sugar.

Minority parliamentary leader John Mbadi acknowledged that the allegations were baseless and undermined that they were degrading parliament as a body to protect the interests of the people.

"Rumors that MPs have been bribed are baseless. For example, in the case of the sugar saga, it was alleged that one witness bribed members of the relevant committee for Sh300,000 each. We are told that another officer gave some MPs Sh500,000 each to defend him, ”said Mbadi, a South Suba MP.

During the saga, Kimilili MP Didmus Barasa alleged that Wajir MP Fatuma Gedi tried to bribe him with Sh10,000 inside the parliament hall to persuade him to drop the sugar report.

Kiambu Representative MP Gathoni Wa Muchomba made the strange claim that after the female MPs were being bribed in the toilet.

"I Wish I Died The Day I Buried My Husband, Inlaws Grabbed All My Husband's Properties" Woman Cries

"Musalia Mudavadi is a Traitor." Kenyans Roast ANC party Leader Over His Remarks on BBI

Beware, 3 Places On Earth That No Human Being Is Allowed To Go, Unless Is A Daring Researcher.

Flour Price goes up by Sh 9