A court in Zimbabwe has left people shocked after they gave out an order for exhaustion of the body of former President Robert Mugabe who died back in 2019. This comes after the Court Allegedly found the former First lady Grace Mugabe guilty of violating tradition by burying the Former President, who was a public icon at his homestead.

The Children of Mugambe had tried to challenge this ruling where they accused of acting outside his Jurisdiction. According to the case filed by a traditional leader, Mugabe Being a founding father was not to be buried in his home instead he should have been buried in the National monument.

According to the Nation,the court ordered the First Lady to facilitate the exhumation at her own cost. Grace was also required to pay a fine of five cows and two goats. Mugabe died at the age of 95 years after Allegedly suffering from Cancer.

The family said that they will fulfill the wish of the late President, where he requested the current president Mnangagwa not to attend his burial ceremony. 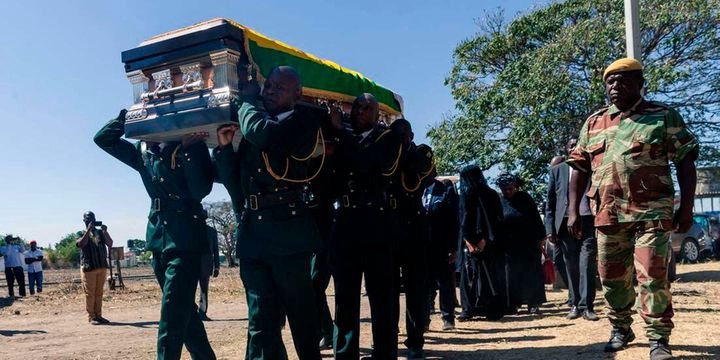 "Rest In Peace" Another Veteran Kenyan Leader Is Dead