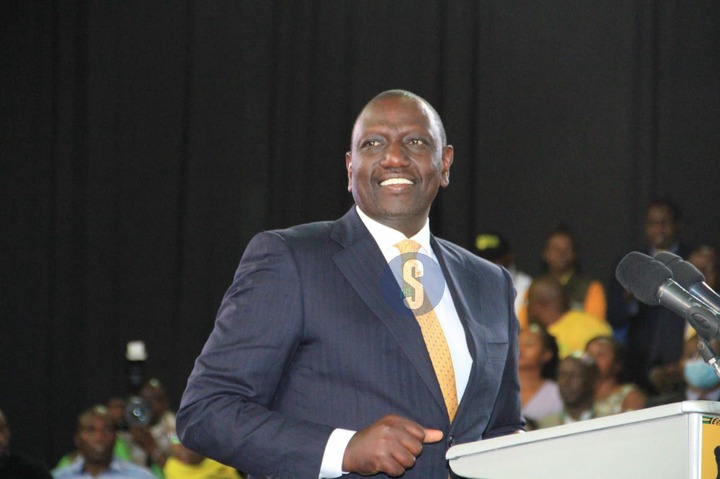 Herman Manyora, while commenting on the Deputy President William Ruto's manifesto which was launched on Thursday June 30 at Kasarani Stadium, has criticized it saying that it was full of contractions.

It is alleged that KKA Manifesto which Manyora referred to as 'Billionaires Hustler Manifesto' was written with a lot of contradictions.

According to Manyora, DP Ruto was opposed to the constitution but now in the manifesto, he has seemed to champion the same constitution.

Manyora poked holes into the Kenya Kwanza Alliance manifesto claiming it would be difficult for some people to believe the Deputy President William Ruto.

"This billionaire's hustler manifesto is very interesting, with a lot of contradictions. A man who opposed the Constitution now purports to champion the same constitution. It would be difficult for some people to believe him, maybe I included. People look at these leaders and wonder what image comes out of you when you use words like 'mutilate the constitution'." Herman Manyora stated.

Manyora while speaking at an interview on NTV further claimed that DP Ruto’s manifesto is populist. He stated that the KKA manifesto which was launched yesterday has too much of populism. Manyora termed Ruto's manifesto as cheap while stating that it was full of promises worth billions which according to him contradicts with the current poor economic situation Kenyans are going through. 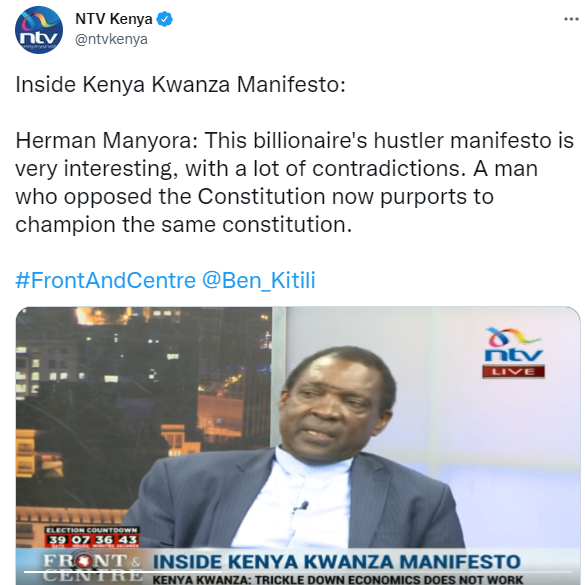