Discover A President with complex and intimidating statements; he says whatever he thinks

By The_Don (self media writer) | 2 months ago

Rodrigo Duterte was elected president of the Philippines in 2016 with a landslide victory pledging to fight crime and corruption. 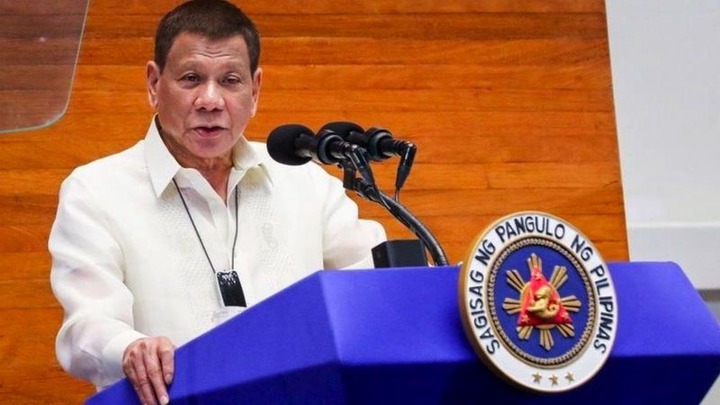 Since then he has been involved in debates on complex issues related to the bloody war against drugs and his statements that are widely viewed as controversial and degrading.

He has also been criticized and criticized by the international community for human rights activists who see many of his policies violating human rights.

Although he has been criticized for his actions being condemned by the international community, he has continued to be a popular figure in his native Philippines.

The earliest years of Duterte's rule as president, were marked by the relentless repression of people accused of selling or using drugs.

Urging the public and the police to step up their efforts to deal with them, including killing the suspects and thousands of people have been killed for taking the law into their own hands in the fight against drugs.

With more than 3 million drug users in the Philippines, President Duterte says he will be 'happy to slaughter them'.

The president says his strong stance is crucial in ending the illegal drug trade and that he sees it as possible and has not given up, swearing to 'kill' everyone involved in the business.

In the short time since he launched his anti-drug program after coming to power it was reported that around 6,000 people were killed by the Police, law enforcement officers and soldiers hired from abroad.

The United Nations, the Catholic Church, the European Union and the United States have repeatedly been forced to condemn the leader's policies in violation of human rights. Local activists have also been critical of the ongoing killings in the country.