How Dp William Samoei Ruto Can Win in 2022 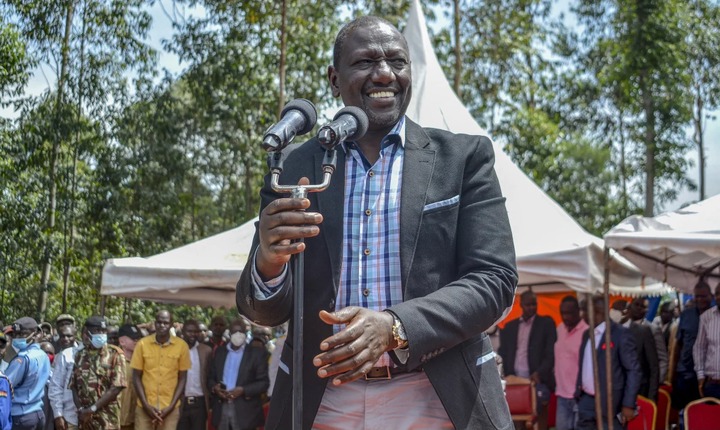 1. Boost personal and family security on a national and international level. To supplement the official security guard in all offices and households, hire Israeli, Russian, or American trained commandos. Dynasties and tycoons who perceive your fast-rising political star as a threat aren't happy.

2. Raise more than Ksh.200 billion for a presidential campaign that is aggressive, robust, persuasive, moving, and influential. When billionaires and millionaires see what Ruto's team has raised thus far, they will feed it.

Interests are important. Murathe reflects the whispered voices of tycoons and tenderpreneurs who wish to be heard.

3. Enlist the help of the dynasties, business community, and their cronies. The more secure they feel their interests are, the easier it will be to get to State House.

4.Do not leave the Jubilee Party. As you make friends with Raila Odinga's supporters, remain firmly but cautiously devoted to President Uhuru Kenyatta.

6. Provide parastatal jobs to former MPs and governors who are busy organizing press conferences for the "Stop Ruto Movement." In this young multiparty system, there is no clear ideology. The only ideology that exists, according to President Moi, is stomach ideology. High-profile occupations will keep them busy, their brains engaged, and they will remain loyal to the person who appointed them.

7. Keep a close eye on all political developments. Any anti-Ruto movement declarations should be met by a counter-proclamation. They simply want to be heard and the status quo to be maintained. It's a nebulous fear of political change pushed by a once-in-a-generation president.

8. Increase the size of the media management and legal teams. David Mugonyi's outbursts on important matters are not welcome. Hire skilled media managers who can deliver persuasion to the people and dynasties.

Make Ahmednassir Abdullahi the leader of the legal team, which will confront emerging legal squabbles head-on and without remorse.

9. Continue to build bridges and reach out to every corner of the country. Expect little support from the dynasties vying for the same seat. Being sponsored and campaigned for by Uhuru Kenyatta will brand you as the “Uhuru Project,” and you will inherit all of his responsibilities. Don't let such annoyances get the best of you. Your presidential triumph will come with a slew of conditions connected to the endorsement.

10. Be true to yourself. Resurrect the diligent, clever, astute, and master strategist Ruto we knew as the Grand Coalition's Agriculture Minister. People's economy should be improved. Allow funds to flow to the Wananchi. Displaying Harambee money will be seen as a symbol of stealing from the public coffers by opponents. Keep the Wananchi wondering about your millionaire status and generosity.

Allow Rachel to build a strong, supportive women's league that will campaign for you throughout the counties.

11. Don't forget about the country's youth. They account for half of Kenya's voting population and 70% of the country's unemployed. Organize Jubilee Youth Teams throughout the country. They have their own style, language, and technique for reaching out to their peers.

Befriend, mentor, coach and hire the youth who will organize other youth across colleges, institutions, counties, and the country as part of the William Samoei Ruto Team in 2022 before the election.

How Musalia Mudavadi Was Welcomed In Ongata Rongai Today