By Suristpolitician. (self media writer) | 1 month ago 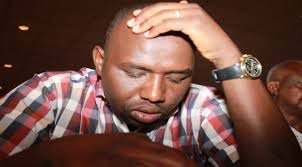 According to his recent post, he said he is disturbed by the state of insecurity in Elgeyo-Marakwet, particularly Endo ward, Marakwet East sub-county, where dozens heavily armed civilian gunmen from the neighbouring areas have assumed total control with abandon from Government security.

He added that on Friday, the same gunmen, without even the desire to steal a cat, sprayed bullets on a hapless mother, and her two children in the outskirts of 'Liter' trading centre, a few metres away from Liter Girls sec school.

Perhaps, he stated that as if they were dissatisfied with the silence of the security forces, they cued their accomplices to attack 'Kapkobil', a stone throw away from 'Tot' Police Station, and about 4 Km from 'Tot' GSU camp. He revealed that the group executed the command with military precision- it killed a senior county agricultural officer.

He elaborated that tension is high in the entire Kerio Valley covering Marakwet East and West. He said despite the deployment of a special Deputy County commissioner in the area a few weeks ago, the security remain a major concern.

He continued to say one upside, though is the assurance by interior CS Dr Fred Matiangi who he spoke to on Friday evening that intensified security response in the area to start next morning. He said he hope that the state will act ruthlessly this time round and deal a deadly blow to those 'terrorists'.

He further opined that the Elgeyo Marakwet people might have lost faith in the state security forces. He wondered why the locals can't be allowed to provide support to our security personnel. He said he is yet to understand this wisdom of disarming Kenya police reservists. He then hoped that it will be considered one day as a lasting solution to that man-made manace.

He concluded by praying to the grieving families, and the entire people of Elgeyo-Marakwet county. 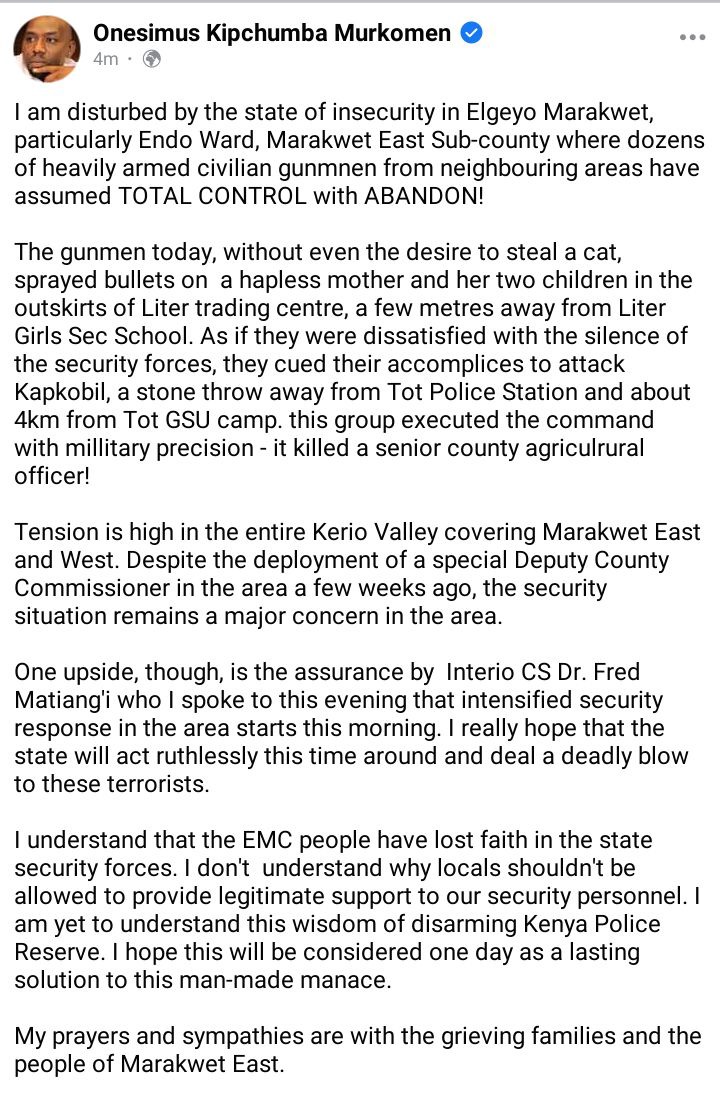 His post attracted several comments from Kenyans, majority of them joined him in condemning the brutal killing of innocent mother and her children by the so called 'terrorists' . They further asked the Government to act swiftly in Elgeyo-Marakwet county. 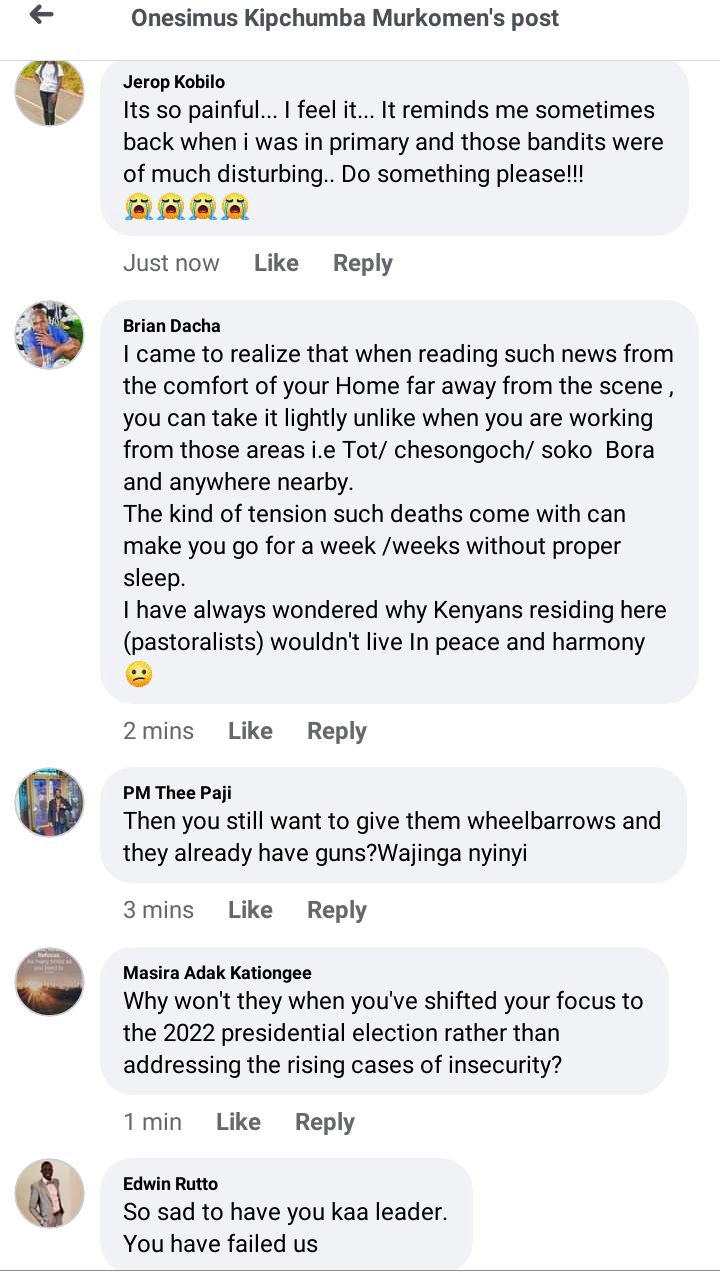