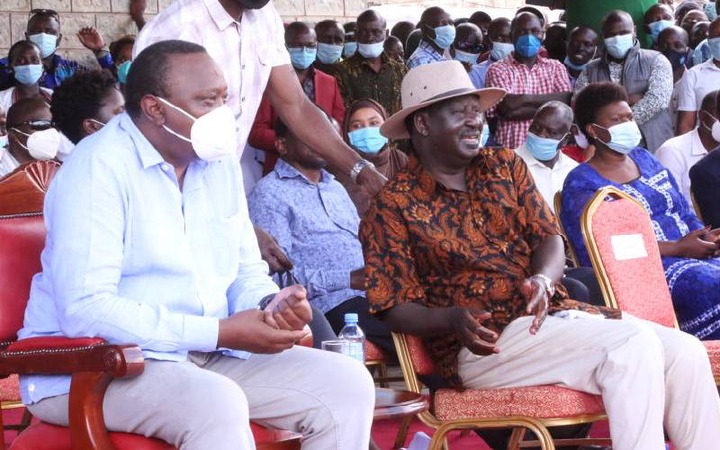 With emerging reports that President Uhuru Kenyatta will most likely hit the ground running shortly after June 1st, to campaign for his preferred presidential candidate, Raila Odinga, political expert Herman Manyora has warned him against public rallies.

Manyora says that a private meeting with leaders is far better than 200 public rallies led by Uhuru, which he says will be more disastrous for Raila than if the Jubilee party leader plays 'behind the scenes' politics.

According to him, the president should keep off from any public rally that calls him to campaign for the Azimio La Umoja One Kenya Alliance presidential nominee, and more so from Mount Kenya region as the residents might heckle on him, and in turn paint a bad picture to Raila's State House bid.

"Behind the scenes would be the best campaign strategy that Uhuru will offer Raila if he is to campaign for him. For him, the question is about talking to people groups, and offering incentives here and there, and also re-assuring the Kalonzos." 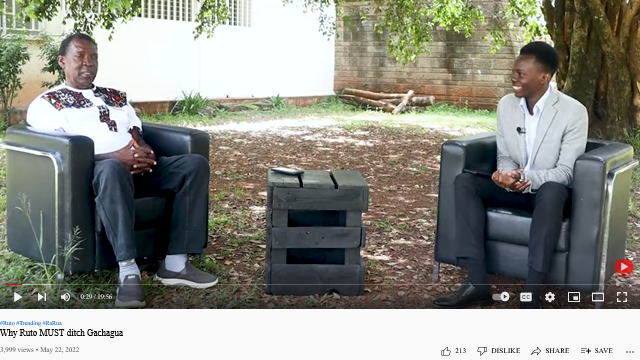 "You must also consider the fact that Mt Kenya has been hostile to him, and thus they might heckle him. This would taint his image and Raila's campaigns. He should be very careful with how he chooses to campaign for Raila," said Manyora.

Some other political commentators argue that if Uhuru indeed hits the ground, Kenyans will tag Raila as a project, a tag they had claimed was tamed when he chose Martha Karua and not Sabina Chege or Peter Kenneth who were proposed by the Jubilee party as his running mate.

Listen to Manyora's sentiments in this VIDEO from Minute 13.