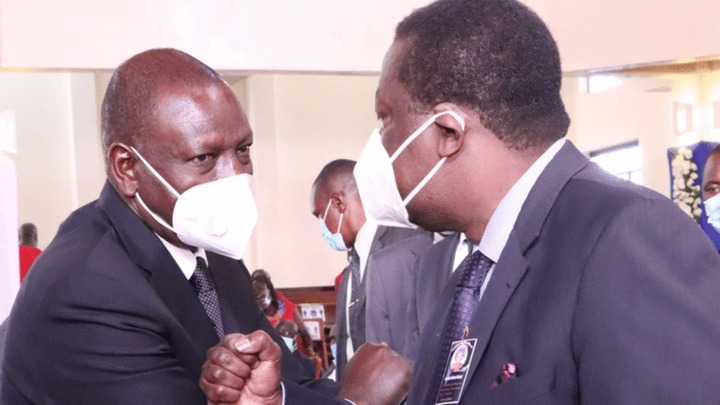 Ndiritu Muriithi, Governor of Laikipia, has revealed that in 2013, Deputy President William Ruto devised a plan to determine who would be Kenya's fourth President, between Jubilee's Uhuru Kenyatta and ANC leader Musalia Mudavadi.

The governor stated that he was part of a team tasked with developing a coalition in which three parties - Mr Kenyatta's The National Alliance (TNA), Dr Ruto's United Republican Party (URP), and Mr Mudavadi's United Democratic Forum (UDF) which would form the government in 2013.

With a coalition that included Mr Kenyatta, Mr Ruto, and Mr Mudavadi, speculation was rife that Mr Kenyatta would step down to make way for Mr Mudavadi,as explained by Ndiritu. 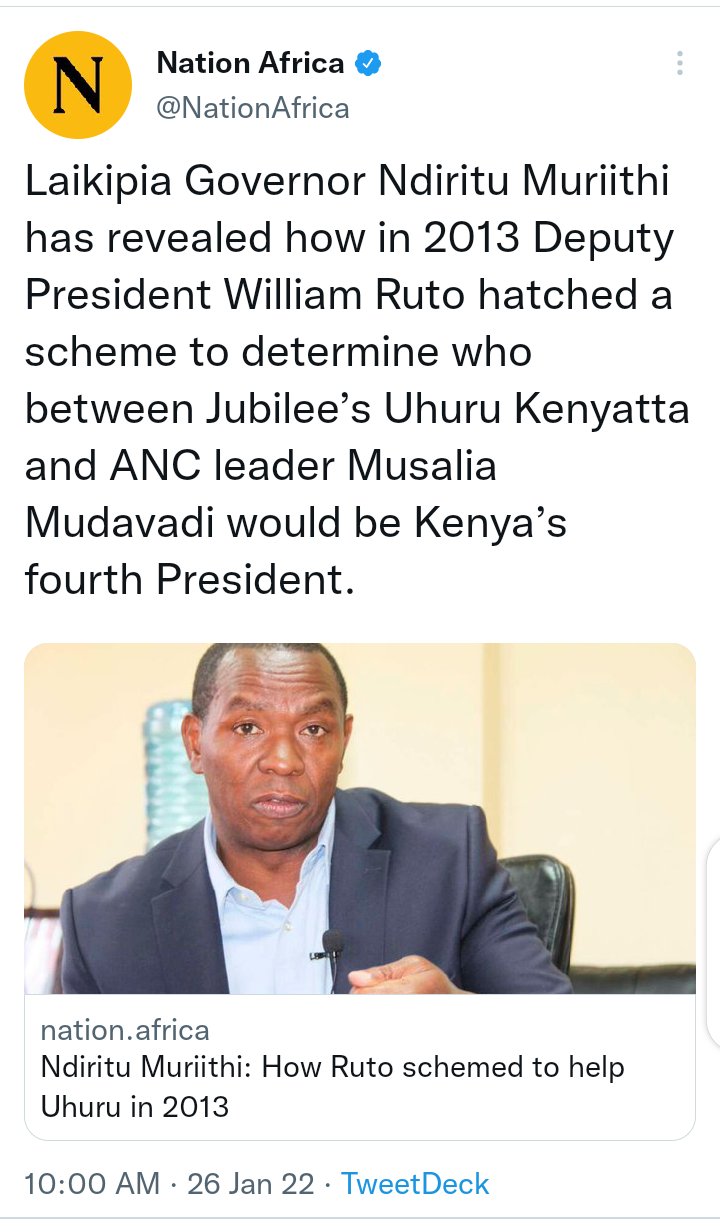 Muriithi added that a method was proposed in which the coalition's presidential candidate would be decided by calling 4,500 delegates from the three parties, with each contributing 1,500.

"After Musalia Mudavadi, DP Ruto and Uhuru agreed to work together,each party was called to pick a presidential candidate between the two; Musalia Mudavadi or President Uhuru Kenyatta," Ndiritu said.

"We voted and each of Musalia Mudavadi and President Uhuru Kenyatta's teams voted for their party bosses,only DP Ruto's delegates made a difference and they voted for Uhuru.That is how Uhuru Kenyatta won the 2013 elections," the governor further added.

5 Best Ways to stay Calm even in Stressful Situations

Peter Kenneth Informs Why DP Ruto Does Not Deserve Forgiveness, Ask President Uhuru to Ignore Him

Names Of Politicians Who Accompanied Ruto To Nyandarua County Today