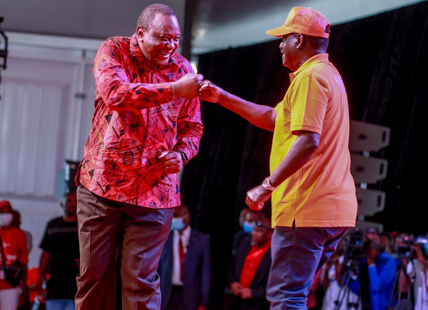 President Uhuru Kenyatta, who was very vocal in supporting the Azimio La Umoja One Kenya Alliance camp, has seemingly taken a back seat, and the left the presidential candidate Raila Odinga and his running mate Martha Karua, and other allied leaders to take charge of their campaigns.

It was expected that the president would hit the ground running more so in Mount Kenya Region to campaign for Raila, and neutralize Deputy President William Ruto's popularity in the region.

Speaking on Monday June 27 with NTV, Political Strategist Professor Gitile Naituli dismissed remarks that the president is not being tactical arguing that the president knows he is very unpopular particularly in Mount Kenya Region and his presence in Raila's or Azimio's campaigns would in turn affect them more.

The Multi Media University lecturer also claimed that the only was that the president would comfortable help Raila in defeating Ruto, is by staying away from the campaigns and in turn supporting Raila behind the scenes.

He also argued that the Former Prime Minister cannot distance him from the failures of the Jubilee government in the second term, since he united with the president by the 2018 handshake, a move that oversaw different bills, that are now making life unbearable for Kenyans, passed in unison by the opposition and those in Jubilee. 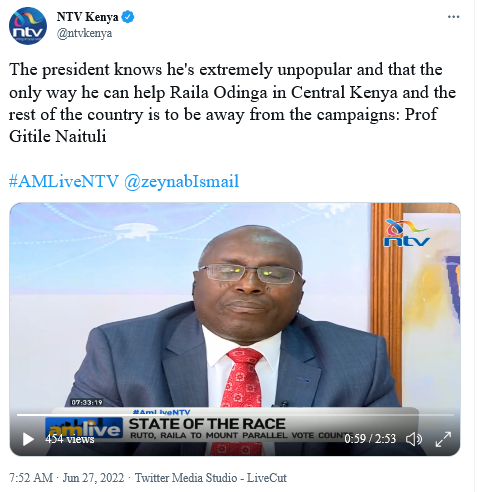 Latest Presindetial Race Results Who Is Leading Between Ruto And Raila

Just In: Didmus Barasa Arrested After Shooting Incident In Kimilili