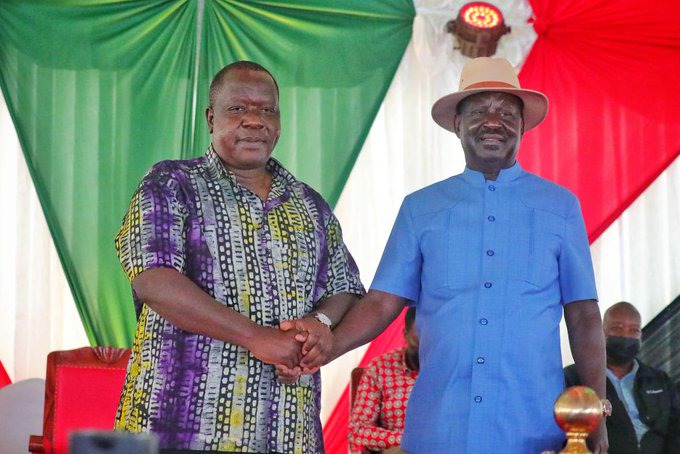 The information is fake and not valid according to daily nation report..in his speech matiangi said; “I want to assure the Abagusii community that I am right in between President Kenyatta and his handshake co-principal Raila and I know my space is in between them,” Matiangi said.

On his part Raila warmly greeted Mating'i with the previous head adding it was an extremely moving second for him because of the CS's activities to underwrite his bid. 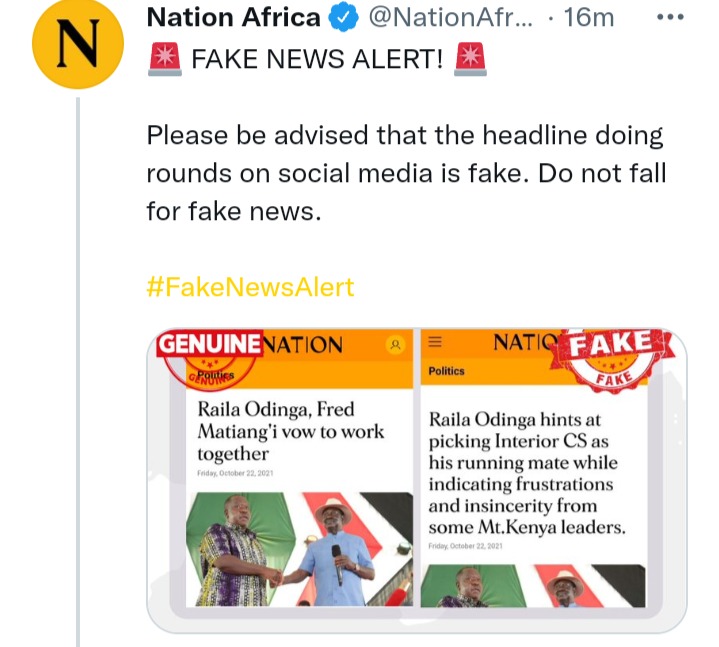 Raila additionally made a move to join Kisii lead representative James Ongwae and Matiang'i as the two chiefs wiped the slate clean. 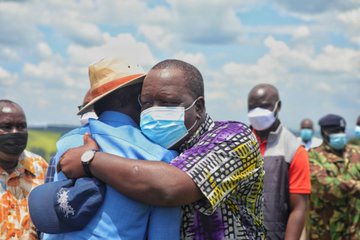 A fortnight back, previous Mukurweini MP Kabando Wa Kabando said a Raila Presidency is expanding turning into a reality. As per Kabando, the ODM pioneer is progressively winning individuals' certainty. 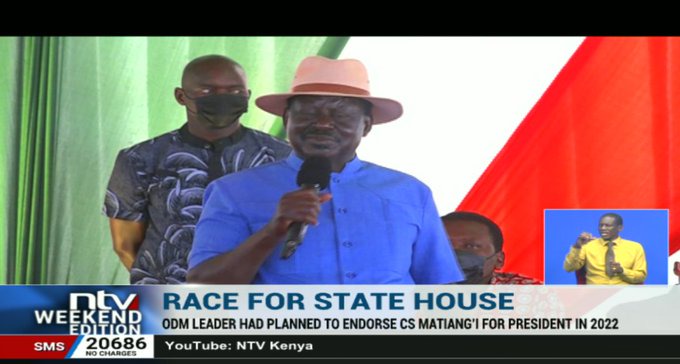