Forget OKA Principals, These Are The Strong Co-principals Raila Should Seek

It's worth mentioning that Musalia Mudavadi would have his political career bloom under ODM Leader Raila Odinga's reign.

When ANC leader Musalia Mudavadi was going through political cold after losing to Moses Akaranga in 2002, Mr Odinga offered him a helping hand.

In 2007, yet again, Raila's ODM rescued Musalia Mudavadi from political cold and this was followed by Raila choosing Mudavadi as his running mate while at Kasarani.

Deputy President William Ruto during that time and even afterwards felt bitter, stating that he's effort should have landed him the position.

Five months later, Mr Odinga ditched Ruto by picking Mudavadi as the deputy prime minister, and all this came after the post election violence.

For years, the Luo community rendered Mudavadi as their preferred future Presidential candidate should they have none from their turf in the ballot.

It's evident that the OKA wing is attempting to stop the Mt Kenya region from voting for Raila Odinga.

In weeks past, the Mount Kenya Foundation through President Uhuru Kenyatta's instructions has held engagement with presidential contenders.

It's however ironical that the OKA principal could be attempting to hinder Raila's Presidential chase while leaning on the president's coat tails knowing very well that he is supporting Mr Odinga. 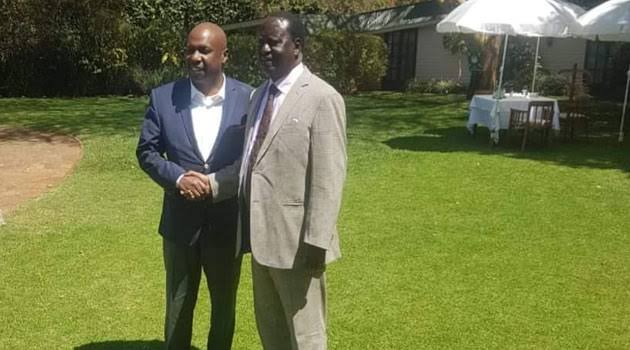 Out of the 5 OKA principals, it is only senator Gideon Moi who appears not to oppose Raila's Presidency.

Judging by history, it's evident that the ODM leader likes crafting Co-principals. In 2007, the former Prime Minister framed the Pentagon which featured politicians including Najib Balala and the late Joe Nyagah.

Political commentators are of the opinion that President Kenyatta together with Raila Odinga should shift their focus from the OKA principals for a new search for Co-principals the likes of governors Alfred Mutua,Wycliffe Oparanya, Charity Ngilu, and Kivutha Kibwana. In that very fashion, politicians like Sifuna would also help the Handshake team trim down on Mudavadi's influence.