By Humfrey (self meida writer) | 6 months

The Orange Democratic Movement (ODM) party secretary general Hon Edwin Sifuna has taken to his twitter account a statement requesting twitter officials to use the same security measure they are using on USA President Donald Trump on all the Anti-BBI's who due to ignorance incite people against the document. 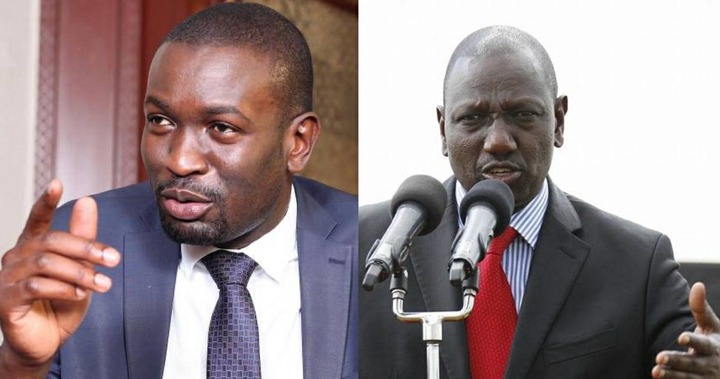 First, the fierce Ruto critic applauded Twitter for its facts check feature which has highly been used during the US 2020 elections. According to Sifuna, the usefulness of this feature has now been felt around the world.

"I have found the @Twitter Fact check feature extremely useful during the US Election." he tweeted.

The SG then asked the twitter officials to use the same feature here in Kenya during the Building Bridges Initiative (BBI) process and referendum. He claimed that most of the Anti-BBI campaigners don't have sufficient knowledge about it since they have never read the document.

"We need this even for the BBI discourse especially for these people who shout keep shouting 'dynasty' at a document they haven't even read." he added. 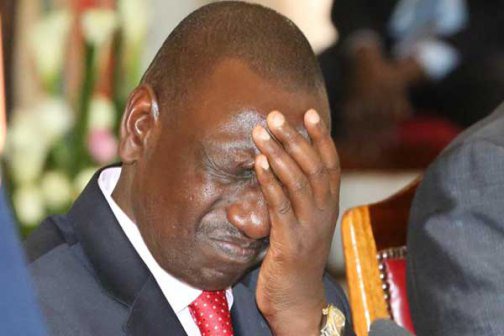 Kenyans knowing he was talking about the deputy president Dr William Ruto and his minions staged against him. Most of them commenting to his tweet said if twitter was to use facts checker on any kenyan polls, Raila will always be the culprit since he keeps on crying that elections has been rigged.

Below are some of the comments by kenyans: 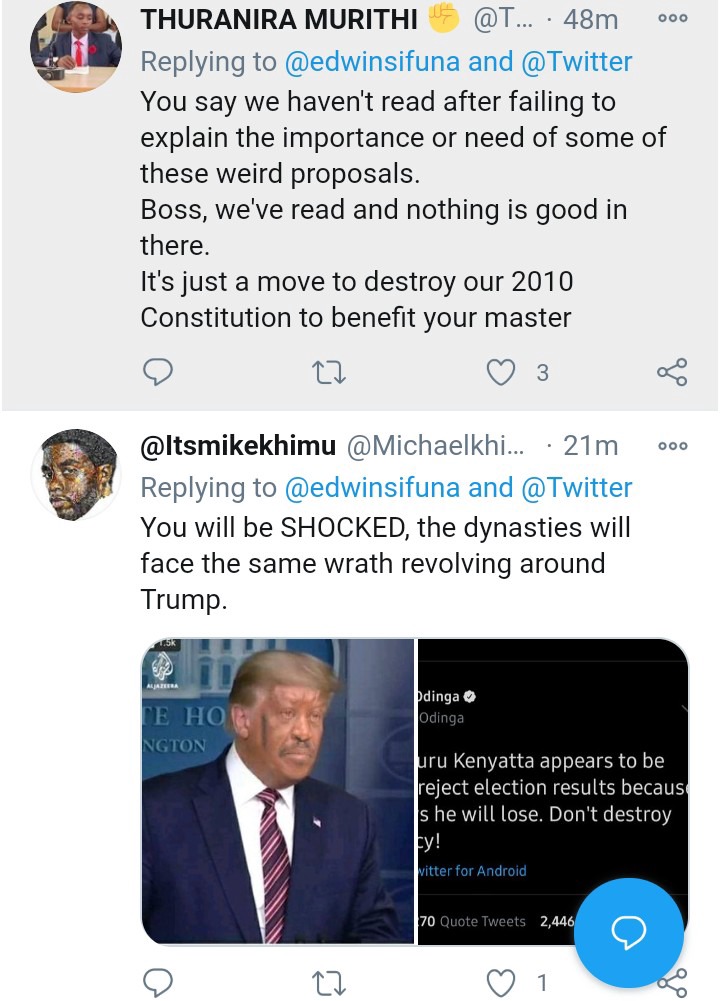 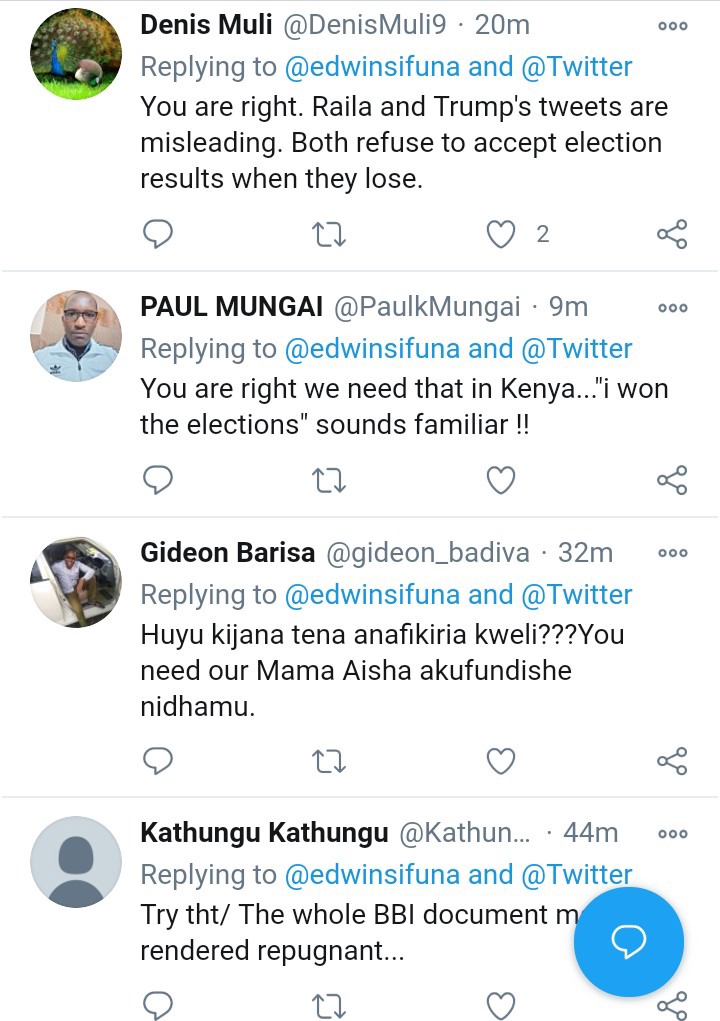 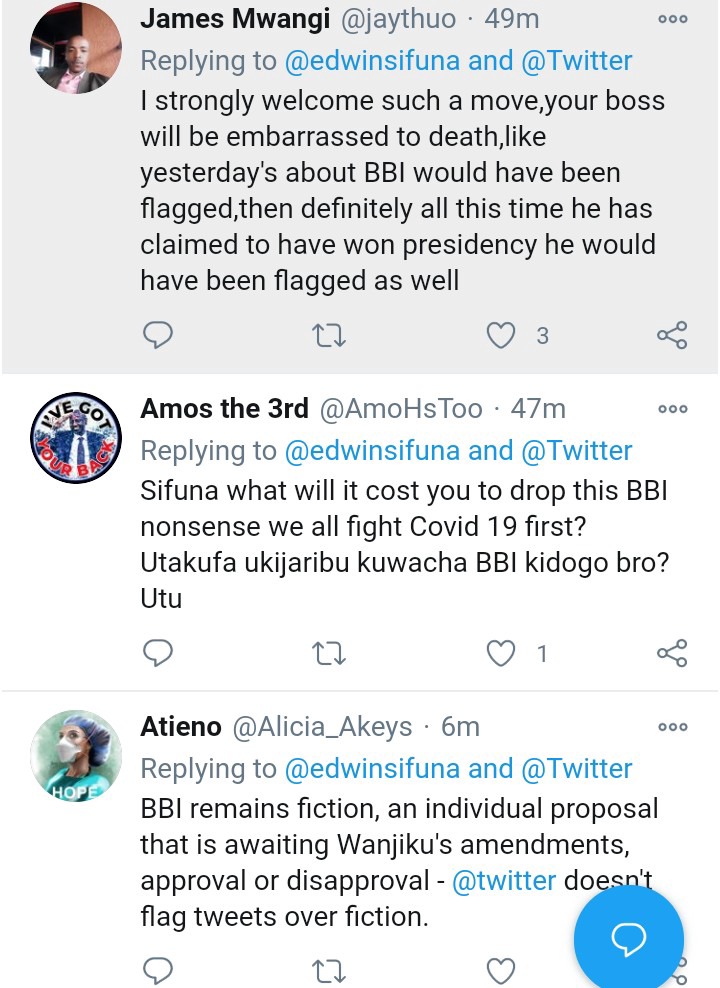 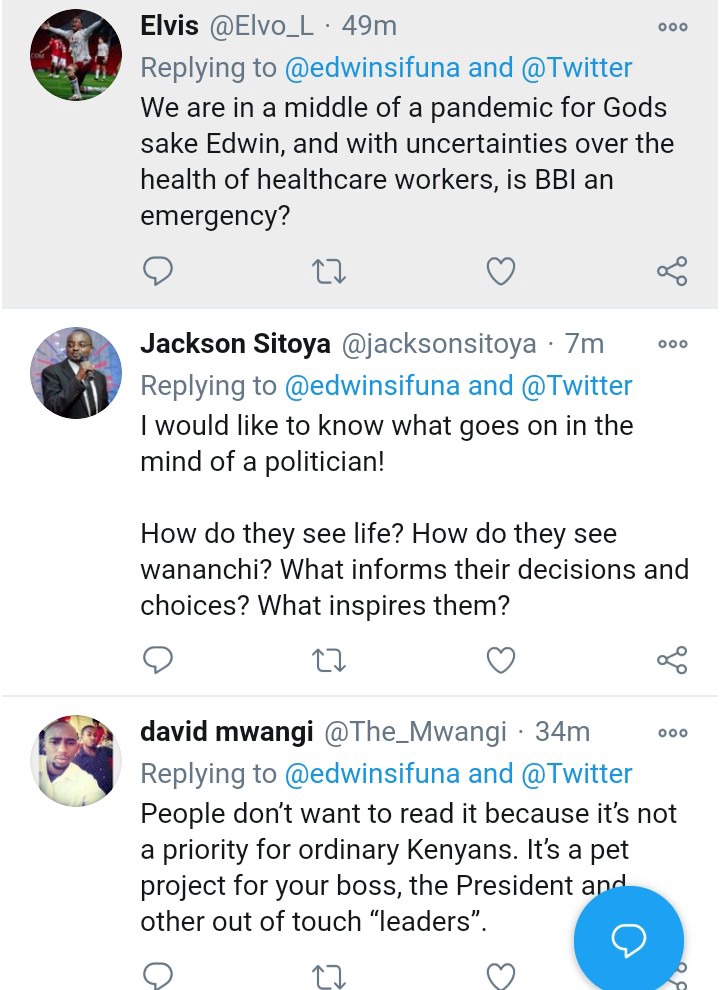 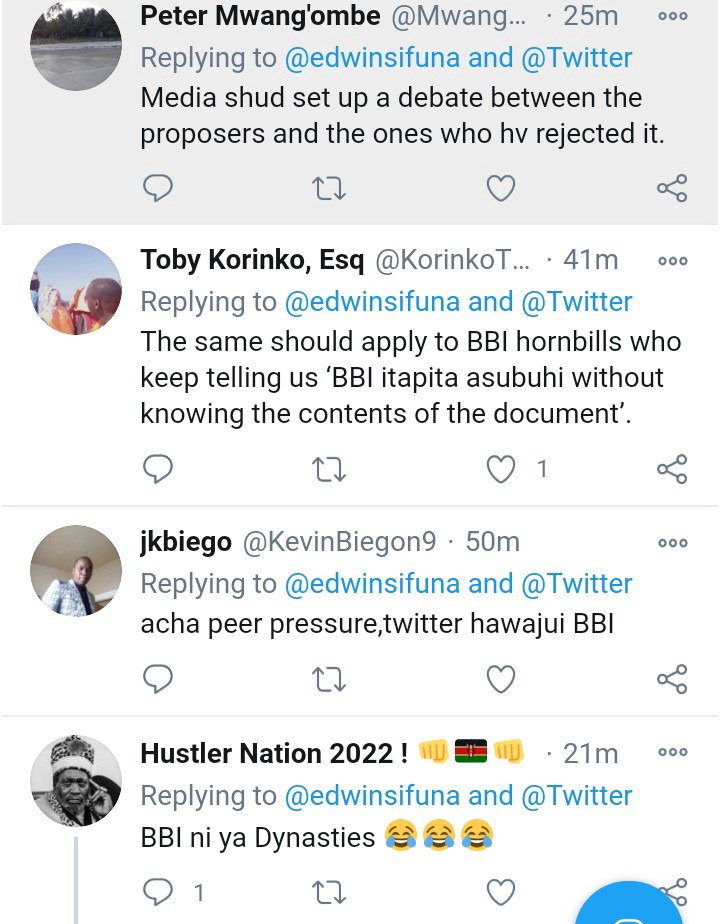 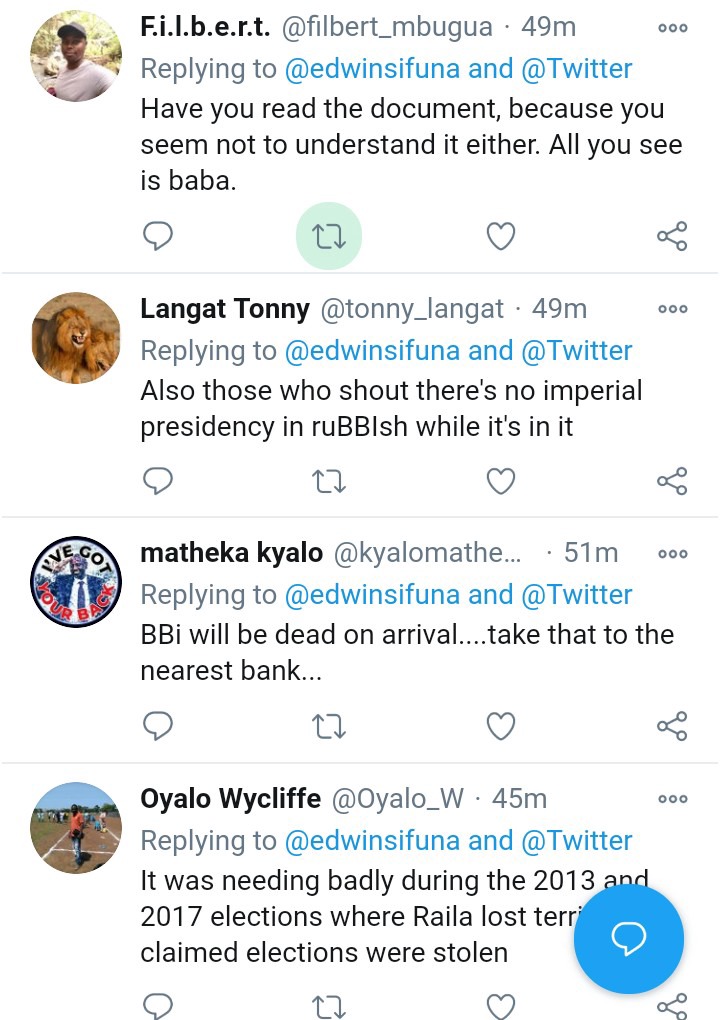 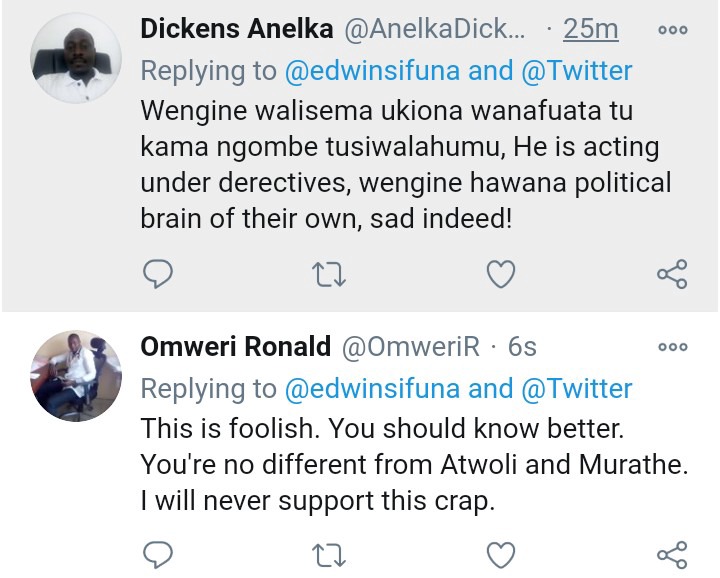 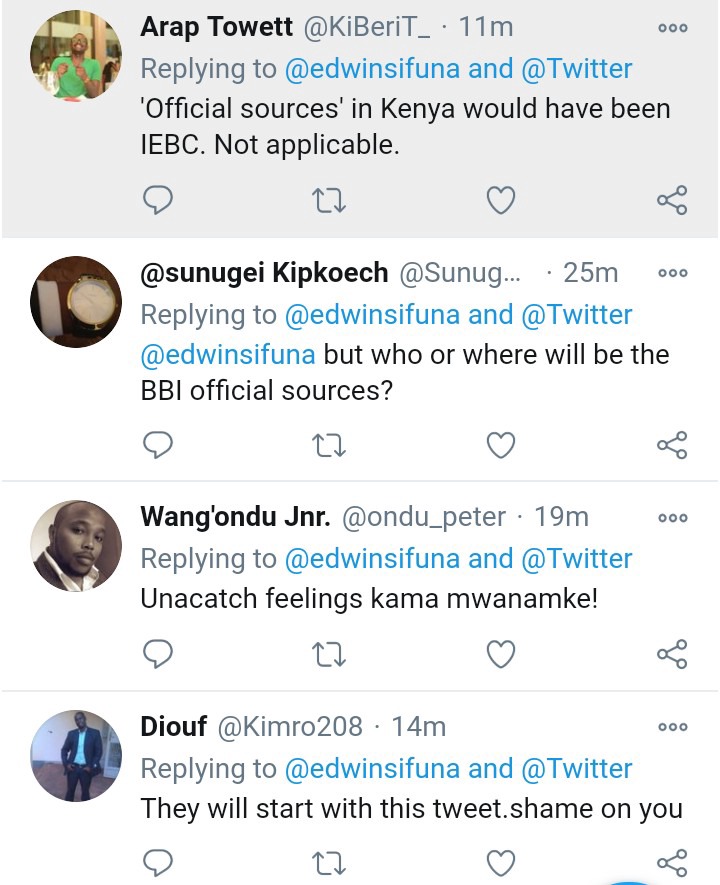 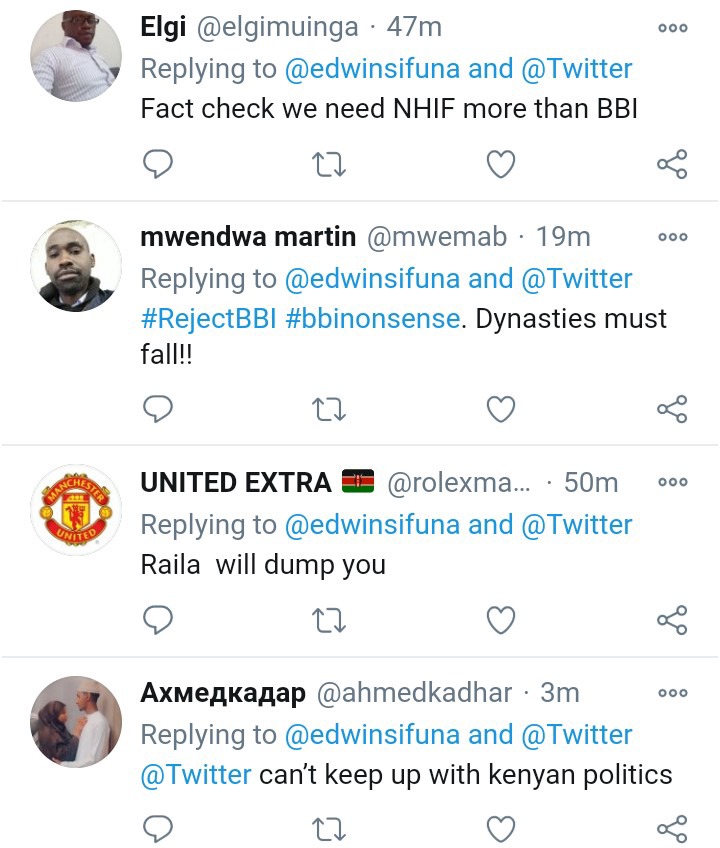 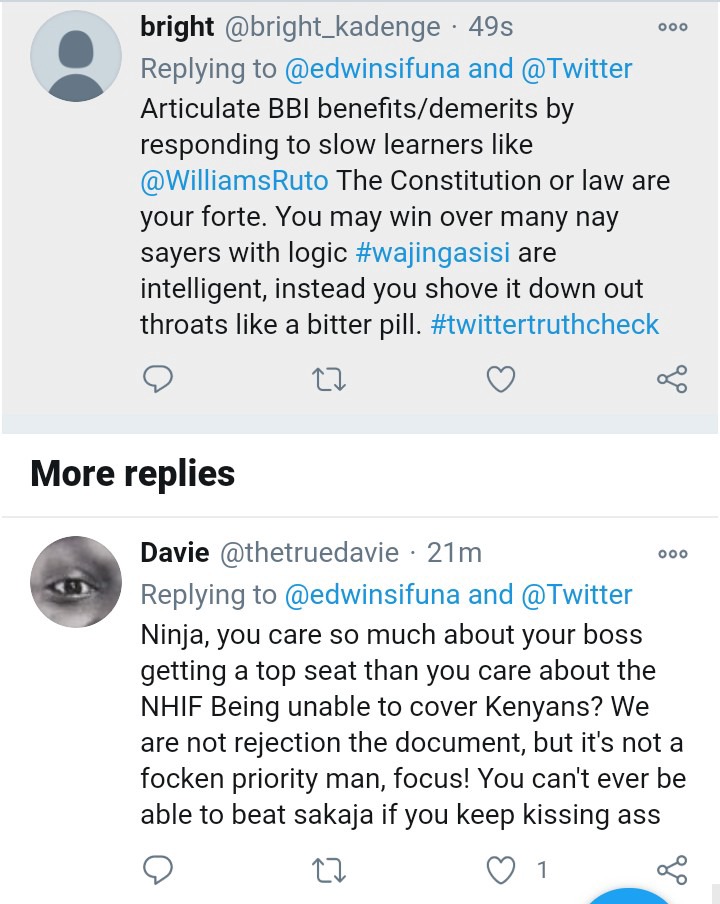