Museveni Finally Speaks On His Son Becoming President After Him, Ugandan Attacks Him Online 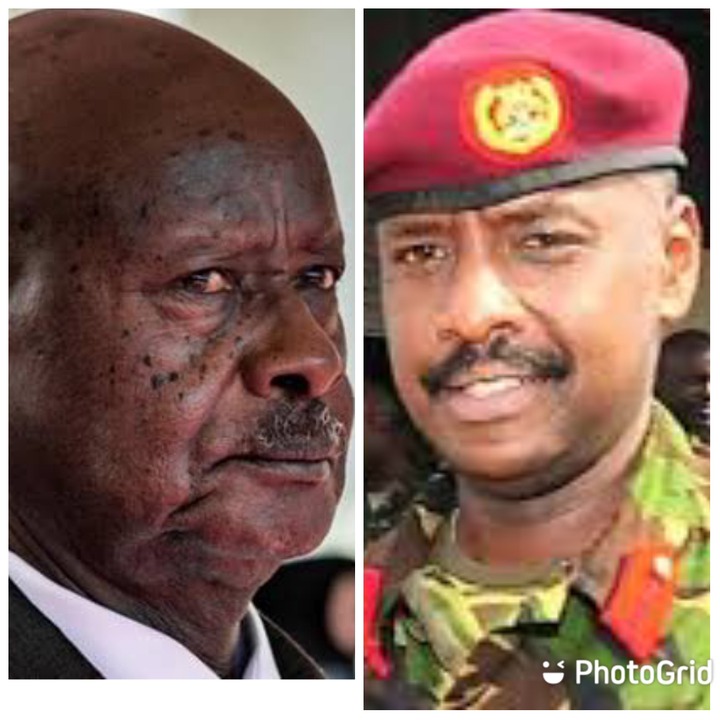 For Many years, speculations have been high in Uganda concerning president Museveni's son taking over from him after his reign. His son's elevation in the army ranks was interpretation of a possible rise to near power situation. General Muhoozi was promoted by his Father to a more senior position within the military. It was Claimed that, The president was grooming him ahead of his possible last term in office as the head of state.

Well, while addressing the Media. President Yoweri Museveni cleared the air on the issue. According to him, it is only Uganda people who have power to elect their president and not him. He therefore refuted Claims that he is grooming general Muhoozi to take over. Well, some Ugandan residents have attacked him for Allegedly lying to them on several occasions hence not able to trust him on this issue of his son becoming president. 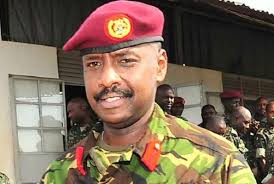 "QUOTE: “Why should I groom my son? The people of Uganda are there. They will select who they want.” President @KagutaMuseveni said in an interview with France 24’s Marc Perelman as he dismissed talk that he is grooming his son to become the next President." Reported NTV Uganda.

"Like we have been selecting you before with already ticked ballots on very many polling stations. This junta is not going any where! RIP Uganda" Posted David.

"One thing is clear, the change oppressed Ugandans have yearned for will come when this project comes to life. It’s clear Ugandans will rise up and not allow him to even rule for a day." Posted David.

The people of Uganda have chosen Kiiza Besigye many times, and the Army denied us our victory, in January of this year, the people of Uganda Chose Kyagulanyi Ssentamu. The world knows what happened..why should we trust you now." Posted Mark. 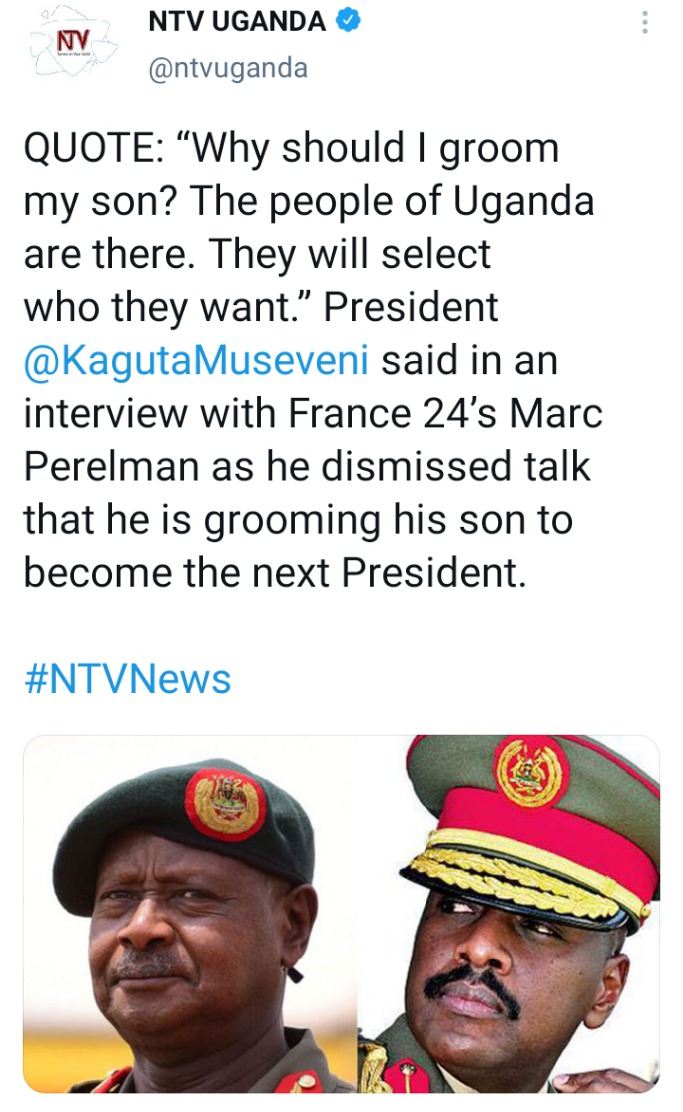