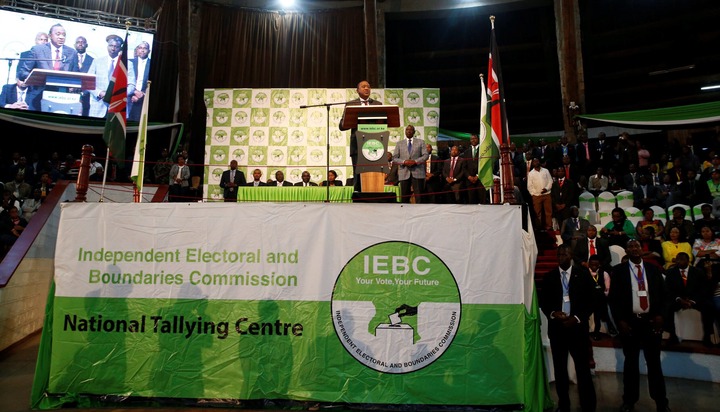 Results in the contest for governor of Narok county were scheduled to be announced this evening, but were delayed until an unspecified later date due to security concerns.

When supporters of two candidates threatened to overrun the county tallying center at Maasai Mara University, it caused tension.

One of the reasons the announcement was delayed, according to sources at the center, was that results from the Kilgoris constituency arrived late. The daytime protests for election integrity were so boisterous that police had to resort to tear gas.

Additional GSU police have been stationed at the tallying center to increase safety. Moitalel ole Kenta, a candidate for the opposition ODM party, allegedly visited the center and pleaded with IEBC officials not to announce a winner because of widespread rigging and other irregularities.

Kenta requested a recount of the votes in a closed meeting with election officials. Six people have been arrested on charges of election manipulation, and all of them have admitted to taking bribes to influence the results, Kenta said.

At midday, Patrick Ole Ntutu, the UDA candidate for governor, and Johana Ngeno, the Emurua Dikirr MP, along with their supporters, arrived at the center to collect their certificates of victory.

According to Ntutu, he will receive his certificate of election victory on Sunday morning. We will obtain the certificate in the morning and begin celebrating our triumph, "Ntutu stated after the poll.

According to Mpatiany, journalists covering the election should be careful to maintain their credibility and veracity. He blamed misunderstandings for the current impasse in the race for governor of Narok.

Before the official statements were published by the IEBC, "certain journalists began reporting that a certain candidate had won." Mpatiany emphasized that journalists must act ethically when reporting on elections.

The chairman reassured company owners that government security measures had been increased, and he encouraged them to carry on as usual.

I want to stress how important it is that you keep your cool and not let anyone scare you while we wait for the final results. No need to worry; the administration has told us that they will ensure security.