By Saintvictorius (self media writer) | 11 months ago

Orange Democratic Movement Party leader and also the core partner of "Handshake" with President Uhuru Kenyatta, Hon. Raila Odinga has today wrote a worrying statement to the executive concerning the current relationship the President has with the Judiciary. 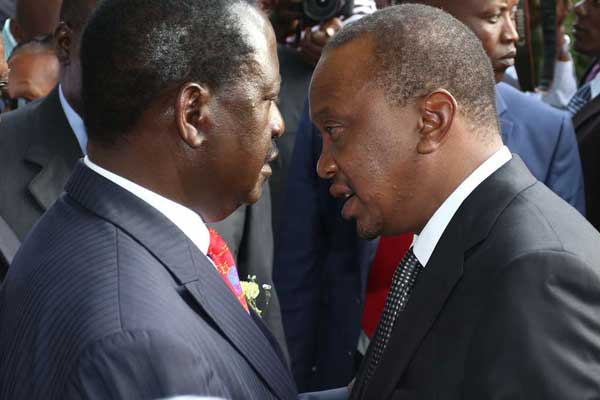 In his letter, Mr. Odinga called the executive to come out publicly and explain to the Judiciary and Kenyans why he rejected the six Judges presented to him by the Judiciary. Hon Odinga explained in his letter that issues like appointing Judges are so important to Kenyans, hence they must be informed of the procedure which was used in appointing and rejecting other Judges.

" I challenge the Executive arm of Government to share with the Judiciary and the Public the concerns and the evidence that led to the rejection of Six Judges," the statement read.

Mr. Odinga also reminded the executive that Kenyans are confused based on different stand of their upper arms of government so they should be informed to help them understand, " The people of Kenya deserve to know why the various arms of government take the positions they do on issues critical yo nation as appointment of Judges."

Mr. Odinga has spoken after long time of silence on the issue that has been going on between the executive and the Judiciary. Odinga's silence has made more worries to Kenyans including Judicial arm as revealed by the Former Chief Justice David Maraga.

The statement of Hon. Raila comes at a time many Kenyans have condemned President Uhuru on his acts that have been considered killing the independence of Judiciary.

Many including Former CJ David Maraga have went ahead asking the Parliament yo impeach President Uhuru Kenyatta who they said has no respect to the law.

3 Signs Of Ear Infection That Should Never Be Ignored