By SiasaLeo (self media writer) | 12 days ago

United Democratic Alliance party chairman Johnson Muthama and Soy constituency member of parliament Hon. Caleb Kositany, have reacted to a looming Coalition between former prime minister Raila Odinga and the One Kenya Alliance Coalition. This is after Raila attended Wiper party's National Delegates Conference that was held on the 25th of November. 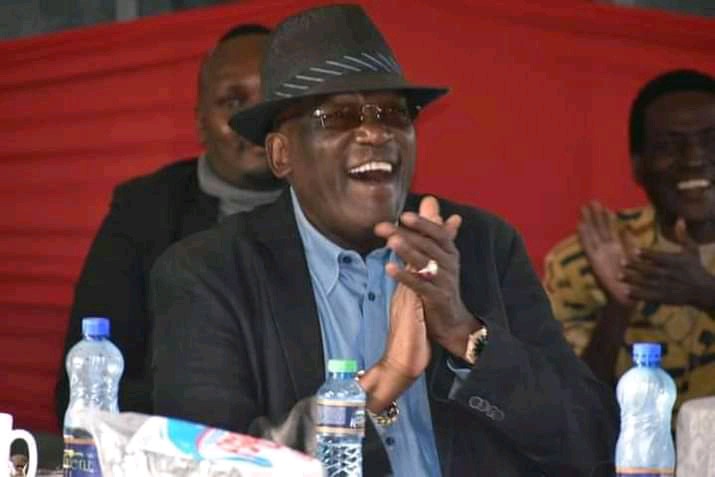 Muthama, has laughed off at such a political pact stating that Ruto's camp has already formed a coalition with the people of Kenya and that no Kenyan will embrace an outfit bringing together individuals who want to create positions for themselves.

"As others try to cobble coalitions of a few individuals to allocate themselves seats of power, we've already formed a coalition with God and the people. Never again will Kenyans elect a Govt that has no agenda for the Hustlers" he posted on his social media pages. 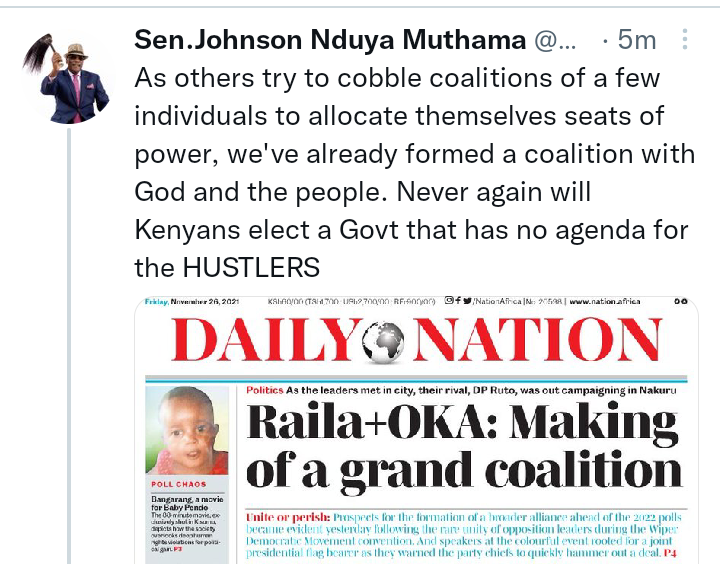 On his part, the former Jubilee vice secretary-general Kositany stated that the 2022 race has already shaped up to be a two horse race between Hustlers nation under UDA and BBI proponents and deep state under ODM

"It’s still is a two horse race . The coalition of the people,under UDA,verses the BBI,deep state, Raderless orphans coalition under ODM." He posted on his social media pages.