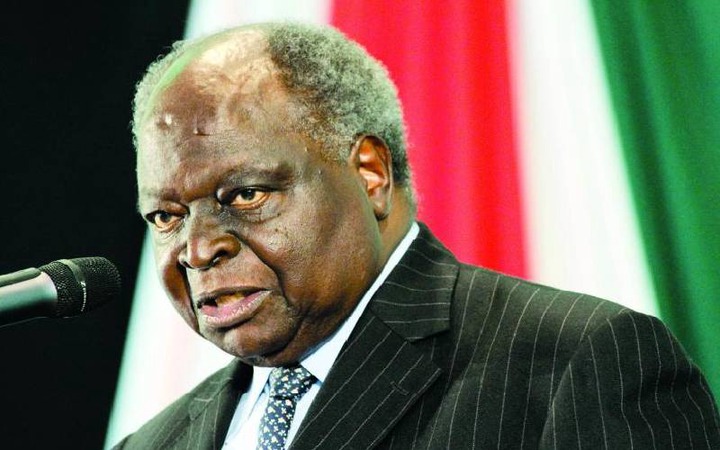 Today we take a closer look at the rule of former President Mwai Kibaki. In 2002 Kenyans from all walks of life and tribes, lined up in their numbers to vote for His Excellency Mwai Kibaki.

They were full of optimism that tribalism would end, and they were hopeful that the country would finally be united. This was because all major politicians had joined the Kibaki campaign, with Honourable Raila Odinga endorsing him using the famous slogan 'Kibaki tosha'. With that the KANU era was over and now began a new era.

It did not take long before most Kenyans realised that they had taken a raw deal in electing Kibaki, soon as he firmly took power he plotted to remove his vice President from office, according to Former Vice President Moody Awori's book 'Riding On A Tiger', Kibaki called Raila to statehouse and wanted to make him Vice President in place of the late Wamalwa Kijana.

Raila refused and stated it was not good to short-change Wamalwa Kijana. Shortly afterwards, Wamalwa Kijana died and Kibaki replaced him with an old man in the name of Moody Awori, effectively ending any Luhya prospects of clinching the top seat once he was out of office.

He then fell out with Raila Odinga and his allies, culminating in a crushing defeat at the 2005 referendum. He immediately sacked all ministers that had opposed the referendum. Two years later, Kibaki's self-centredness plunged the country into a wave of anarchy leading to deaths of thousands of Citizens, after it was widely believed that he rigged the election.

He was eventually forced to share his government with Raila Odinga, but ths infighting in government never stopped till the day he left statehouse. While most people remember the good work he did to uplift Kenya's economy, all that is nothing compared to the disunity he propagated which plunged the country into its worst civil war.

List Of Politicians Who Accompanied Dr William Ruto In Busia