By PoliticalNewsAnchor (self media writer) | 4 months ago 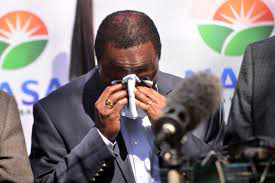 This happened after Wiper Democratic allied leaders said that they will not attend Azimio rally that was set to take place at Kamkunji Grounds today. Wiper party Democratic officials said that since they haven't received any reports from Azimio that Kalonzo will be chosen as Raila's running then there is no need of gracing the event 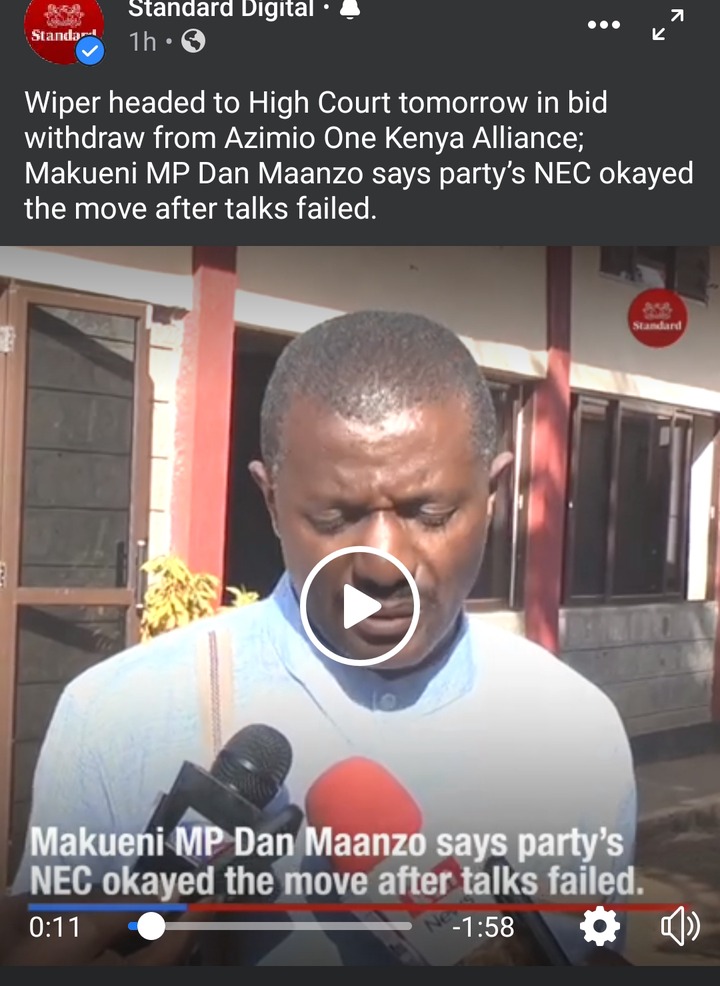 Wiper party has therefore taken a crucial move that will completely finish Raila politically. In a short clip shared via Standard Digital, Makueni MP Dan Maanzo has alleged that that will head to high court tomorrow in a bid to withdraw from Azimio la Umoja-One Kenya Alliance after their demands have not been met

He has therefore made it clearly that their leader Kalonzo Musyoka will be on the presidential ballot or they will engage with the like minded parties to form unshakable coalition. Dan has also sends a stern warning to Raila saying that he will loose terribly if he abandon Kalonzo Musyoka by settling on somebody as his running, even after Kalonzo forfeited his presidential ambitions to rally

Angry Kenyans has therefore breaks Silence, citing that Kalonzo should withdraw from Azimio to stop these constantly threats that will interfere with Raila's victory come august. Kalonzo have been told that he should prepare for a senseless defeat if he stand alone without joining any Coalition come august alleging that Raila will Garner over 1.2 million votes from Ukambani even without his support

"Withdraw Hon Kalonzo and stop these victimization and constant threats to Raila Odinga. The thing is you can never be the president of this great nation, prepare for a senseless defeat if you fail to join any Coalition. Raila will win even without your votes, we don't need you in Azimio" Adrian Kipchumba

" Kenya is tired of these unending threats from Wiper party, Kalonzo should be careful with Makueni MP Dan Maanzo, Makueni Senator Kilonzo Junior, Wambua and anyone pushing him to withdraw from Azimio because he will regret all his actions.... They are championing their self interest" Rayal raynson. Below are some comments

Kenyans Told What Might Happen Soon To Mudavadi's Position.

President Ruto's 22-Member Cabinet: What Are Their Salaries And Benefits?