By Maxi (self media writer) | 3 months ago 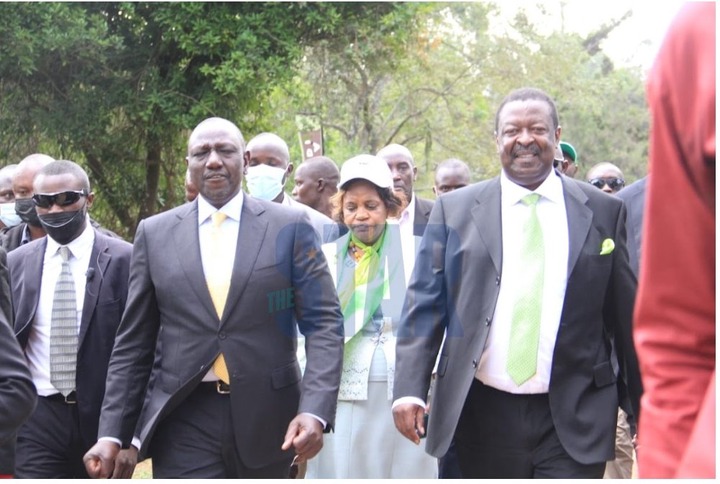 Mudavadi stated that the ODM party leader cannot be trusted even as he launched a firm political attack against Raila and president Uhuru Kenyatta, accusing the duo of political deceit.

And now, former Kakamega county senator Boni Khalwale has come out to finally break his silence on the decision by the ANC party leader to join ranks with deputy president William Ruto.

According to Khalwale, the move by Mudavadi is almost the same as the one Khalwale himself made in 2018 when he joined Ruto's camp despite their previous rivalry. He expressed confidence that the current development is one that has been endorsed by the almighty God. 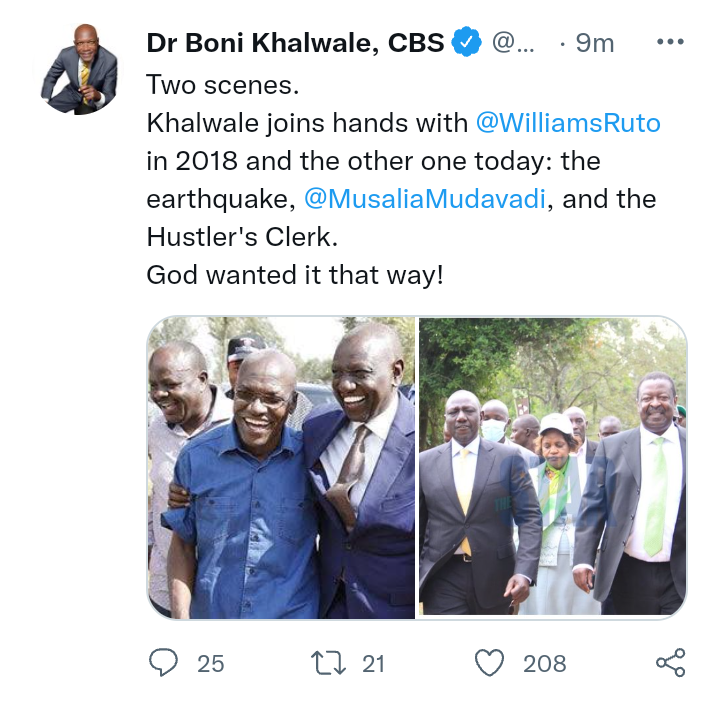 "Khalwale joins hands with William Ruto in 2018 and the other one today: the earthquake, Musalia Mudavadi and the Hustler's Clerk. God wanted it that way," he stated.

Content created and supplied by: Maxi (via Opera News )

JUST IN: DP Ruto Lands in Mathira as Martha Karua is Welcomed by Thousands in Kirinyaga [Photos]