By GlobalPolitics (self media writer) | 2 months ago 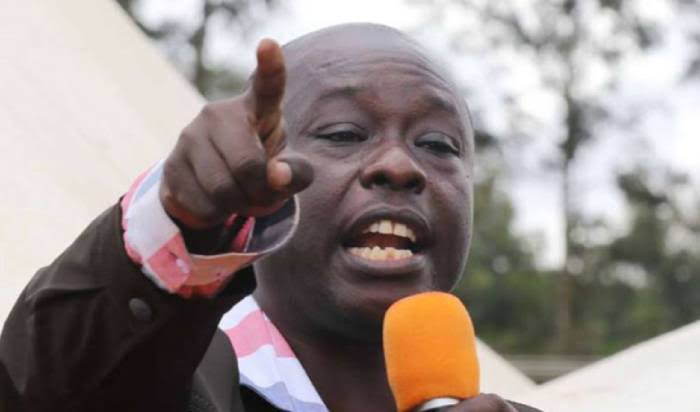 "Then u wouldn't have talked to them if you were coming to broad cast you Mr loudspeaker", a concerned netizen commented.

Yesterday both Houses Parliament and the Senate voted for Members who will represent Kenya in East African Legislative Assembly(EALA) for the next 5 years of Kenya Kwanza government.

Several names were proposed by both coalitions from Kenya Kwanza Alliance and Azimio La Umoja-One Kenya Alliance and taken to both houses for election.

Among the elected legislators was the former Kieni MP Kanini Kega and Azimio leaders Raila Odinga and Kalonzo Musyoka's children Winnie Odinga and Kennedy Kalonzo were also among the nine picked by Parliament to represent Kenya in Arusha based EALA. 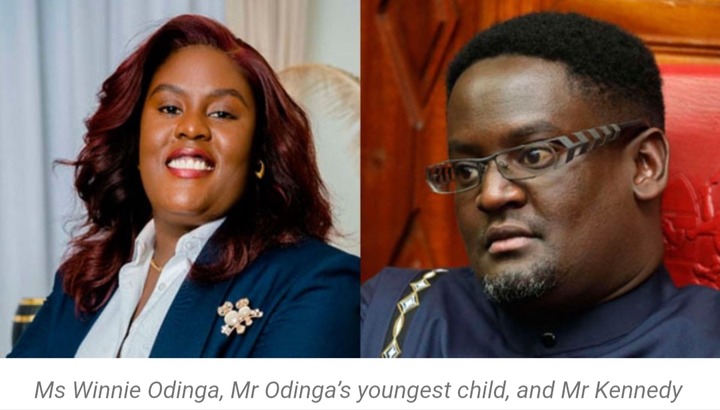 Following the election of Kanini Kega, deputy President has come out to claim that he is the one behind Kega's triumph despite their political enemity experienced during campaigns.

"I talked to the leaders in person and they voted for Kanini Kega to be among EALA legislators who was insulting me and President Ruto", DP Rigathi said. 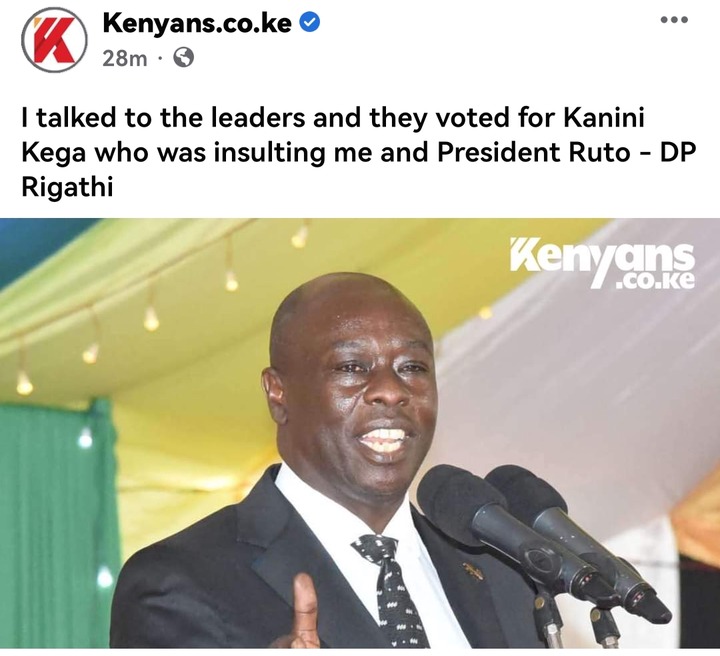 The insults Alleged by DP Gachagua arose during campaigns period since the duo together with then DP Ruto were in different political afflictions.

Owing to the fact that the two Gachagua and Kega come from Mt Kenya, they severally engaged on hated verbal attacks while going round the country while seeking support for their presidential candidate where Kanini Kega was in Azimio supporting Raila while DP Gachagua was Ruto's running mate in Kenya Kwanza Alliance. 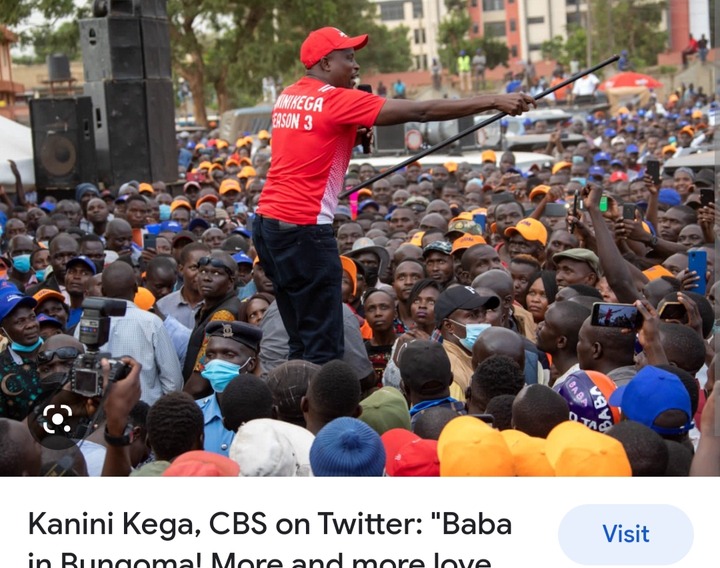 Other names of Mps elected include: 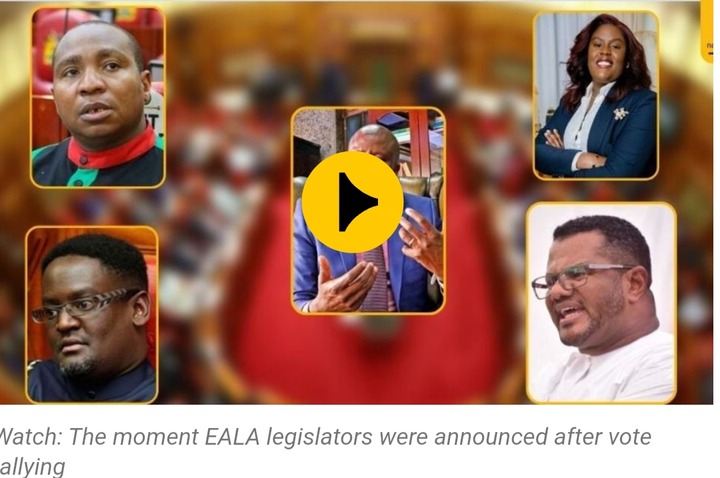 Following DP's statements Kenyans have expressed their dissatisfaction some saying it was not necessary for DP to air everything public when they help someone. 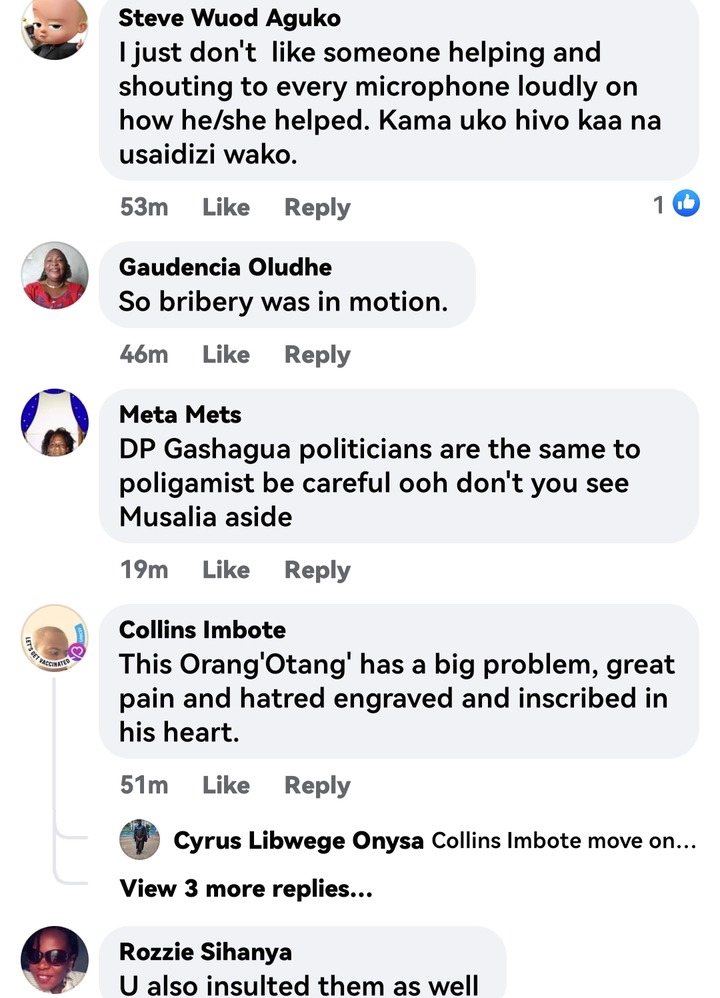 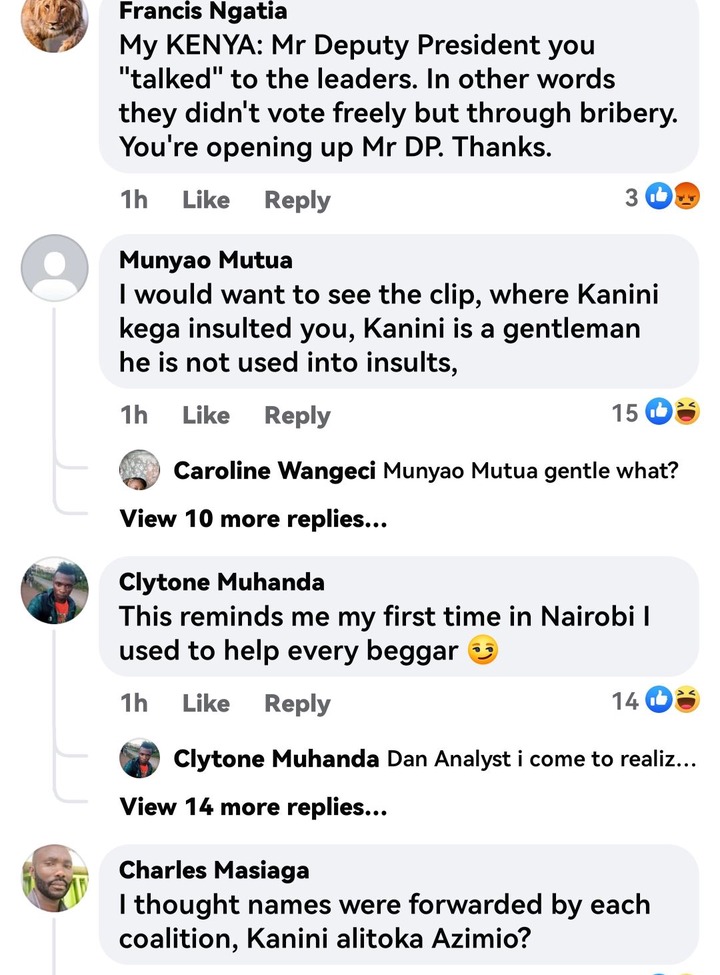