By HotNews_Ke (self media writer) | 13 days ago 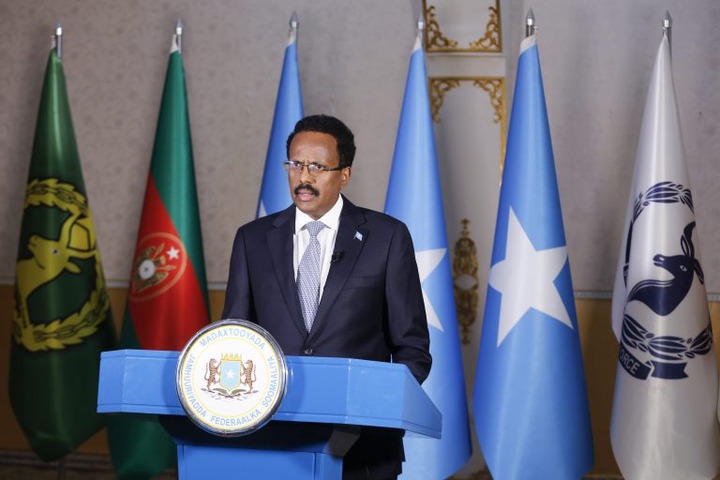 Somalia got a favourable ruling from the Hague. In a case that Kenya had withdrawn, the judges said that maritime and scientific research are not enough grounds to lay claims on the disputed land. Somalia President Mohamed Abdullahi Farmaajo has just addressed the nation over the matter.

Starting his speech, Abdullahi thanked Allah the most gracious for granting such a landmark ruling in favour of Somalia. He said that Allah had finally given Somalia historic win after years of Kenya trying to grab their maritime authority. On why the country decided to go to Hague he said it was based on long vision, a deep knowledge, bravery, patriotism, the protection of public assets, and the defense of the nation and its people. He added that the victory did not belong to elected officials but all Somali citizens who have always shown patriotism to their motherland.

He thanked International Court of Justice saying that in the ruling their were transparent in quest for justice. He thanked his predecessor who first took the case to Hague. He described lawyers who defended the case as valiant warriors deserving honor and praise.

As Somalia gushes over the favourable win, His Excellence President Uhuru Kenyatta has assured Kenyans. As commander in chief of armed forces, President Uhuru Kenyatta has said that we as a nation know our borders. He said that as a country we will defend what God has given us. Kenyans have flooded social media to support our commander in chief. Currently 'No inch less' is trending top on Twitter. It is Kenyans affirming that they will not lose an inch of their land to any foreign nation. Considering Somalia's president address to the nation has been made just a few minutes ago, it will be interesting to see how it will be received by patriotic Kenyans who have affirmed their desire to defend their country. 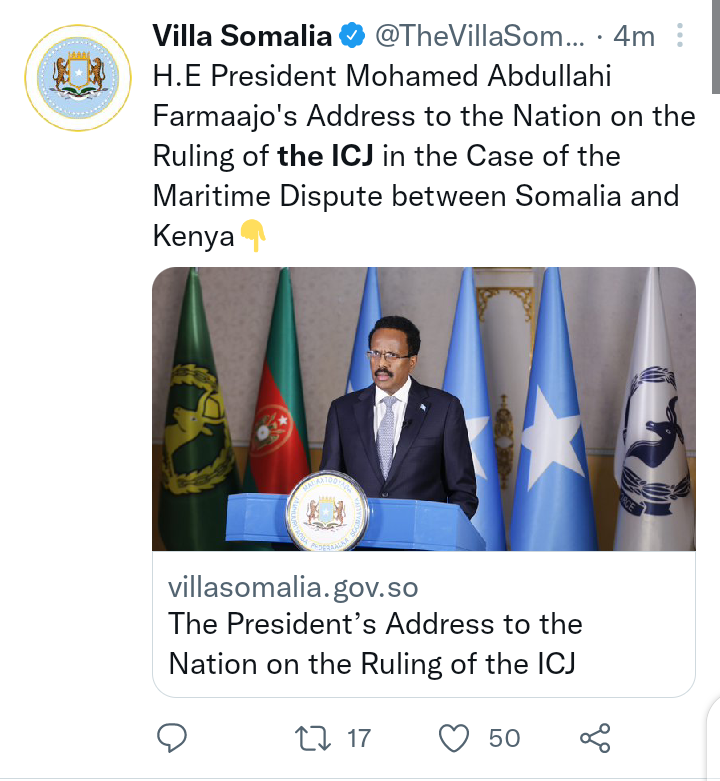