By IamTheRealest (self media writer) | 1 month ago

During the electioneering phase, the Media Council of Kenya, in conjunction with other media houses, is also training media practitioners and equipping them with essential tools to flag fake news and end misinformation. The government will not shut down social media, according to the Ministry of ICT, led by Cabinet Secretary Joe Mucheru. 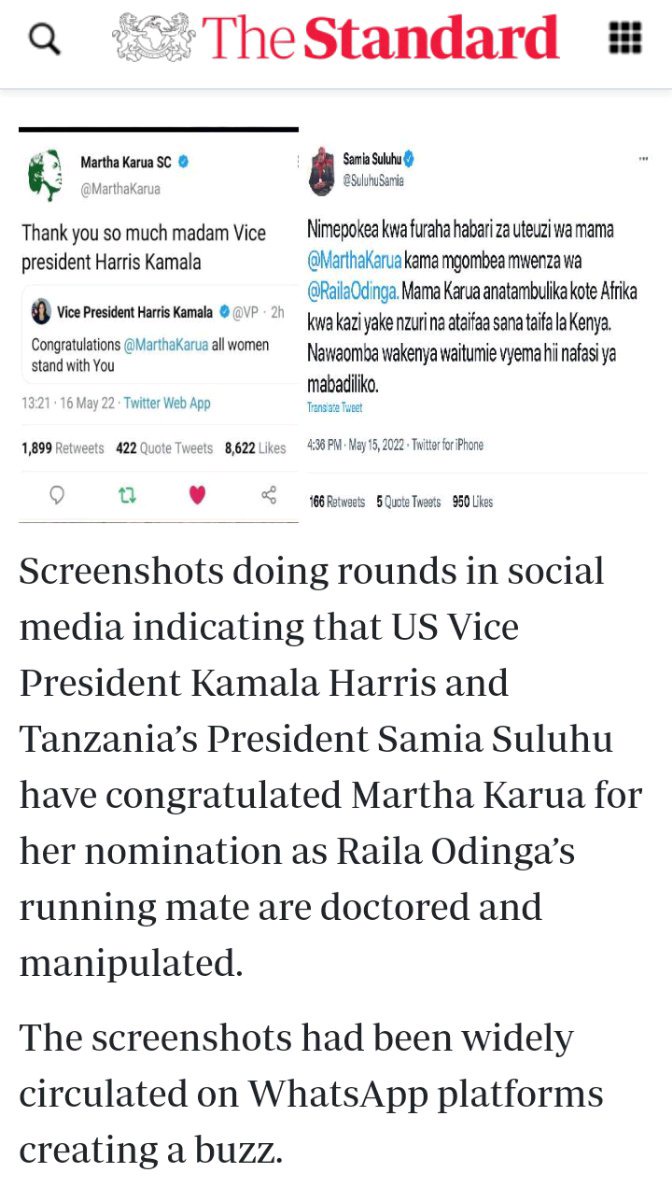 The Standard's Fact-Check Desk attempted to contact Martha Karua for comment, but calls remained unanswered. It has been stated that the spreading posts are merely twisted and are not in Kamala and Suluhu's best interests. They revealed that fans were just deceived by the posts and they were not genuine. 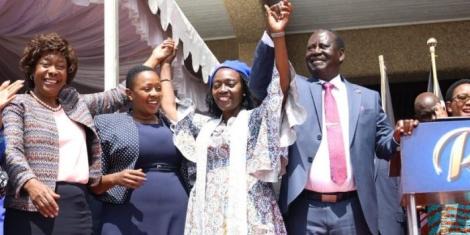 They saw there was no celebratory news or tweet on the former's official accounts, so they reported it. This is a major disappointment and a disgrace to Martha Karua supporters who went viral and were ecstatic about what they saw. According to the fact check, the last time Suluhu and Kamala tweeted, neither of them mentioned Karua as a female running companion.

Isha Raffi Excited After Getting Back Her Stolen Ksh 66k With The Help of Kenya Police.