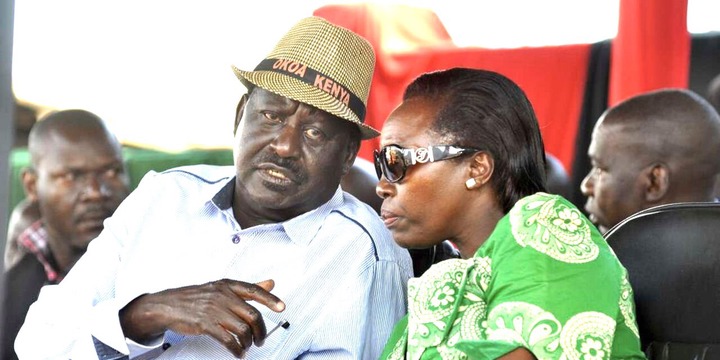 The former Prime Minister is at the moment largely referred to using the tag, which even President Uhuru Kenyatta has been seen using while refering to him.

Karua says that he indeed deserves the tag, and adds that he got it not only because he is a father but because of the many other things he has midwifed.

She on Sunday cited Raila's involvement in the push for the second liberation, terming him a great man who Kenyans should feel proud to have with them.

Raila's readiness to sacrifice for Kenyans, she said, is why he even agreed to shake President Uhuru Kenyatta's hand after their 2017 faceoff at the ballot. 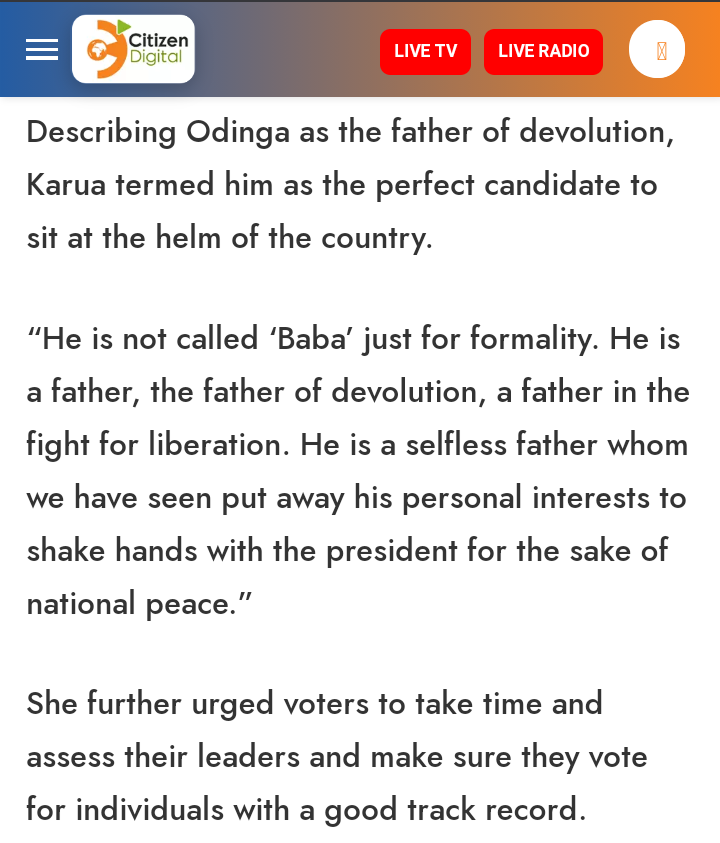 She spoke in Narok, while accompanying Raila for a campaign tour of the county. She termed his credentials what Kenyans need at the helm of Kenya.

“He is not called ‘Baba’ just for formality. He is a father, the father of devolution, a father in the fight for liberation. He is a selfless father whom we have seen put away his personal interests to shake hands with the president for the sake of national peace," the ex-Justice Minister, is quoted by Citizen Digital.

Raila too heaped praises on her, terming her a trustworthy partner, who will help him with delivering for the country if their bid sails through.

“I will see to it that the law is followed to the latter. Corrupt leaders have been stealing billions from our government every year and that has to stop,” he said.

Raila unveiled Karua on Monday last week, a move seen as possibly aimed at handing him both the Mt Kenya and women votes.

The Largest Matatu in Kenya and Its Owner (Photos)

"Deep State Gives Up On Raila," A Popular Lawyer Alleges Amid Rigging Of Elections Claims