By CaptainCaptain (self media writer) | 6 months ago

After camping in Turkana county on Wednesday, the Azimio La Umoja presidential candidate Raila Odinga has today taken his campaigns to Baringo county. Governor Lonyangapuo was his right hand man today as they ought to engage residents in many inroads in the county that's currently perceived to be Senator Gideon Moi's stronghold. 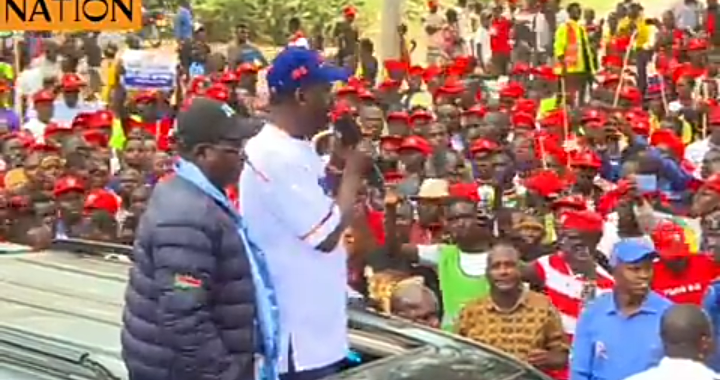 Kenyans have however spotted an awkward scenario during the campaign as Raila kept watering the residents with his manifestos. In spite of Raila's key colours being blue and orange, the streets were all painted with red colours symbolizing the presence of Gideon Moi's KANU party. However, it was also noted that the residents who had attended the Rally were relatively a few. 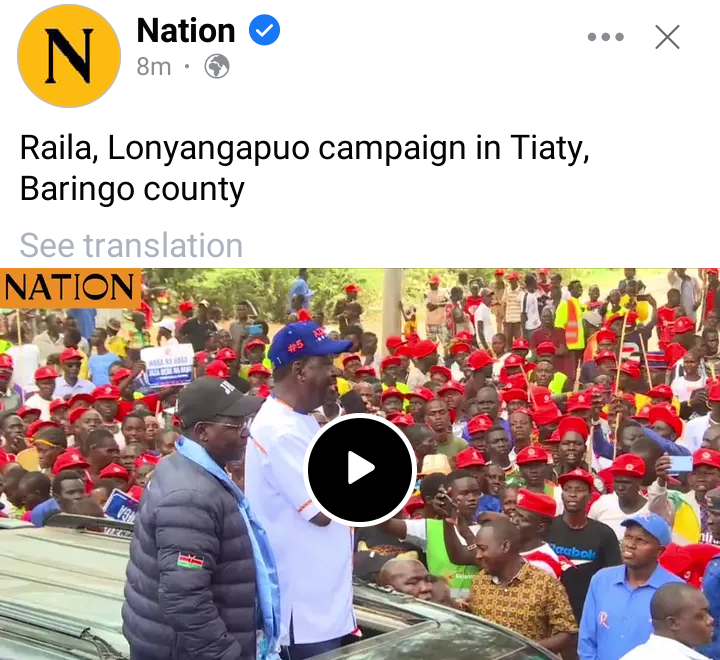 This has ignited a debate online as Kenyans argue on why would people fail to turn up to his rally in large numbers in spite of having influential leaders supporting his bid from the region. A section of them have argued that Baringo could be the DP's political bedroom ahead of the upcoming general elections. 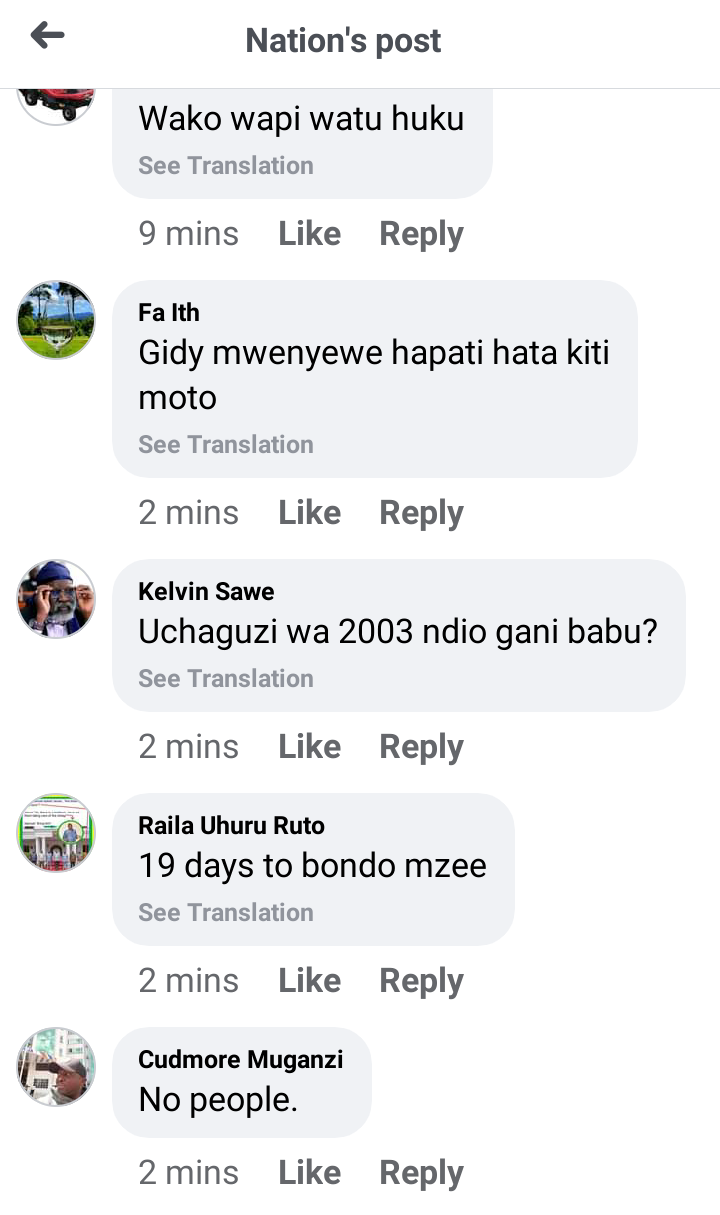 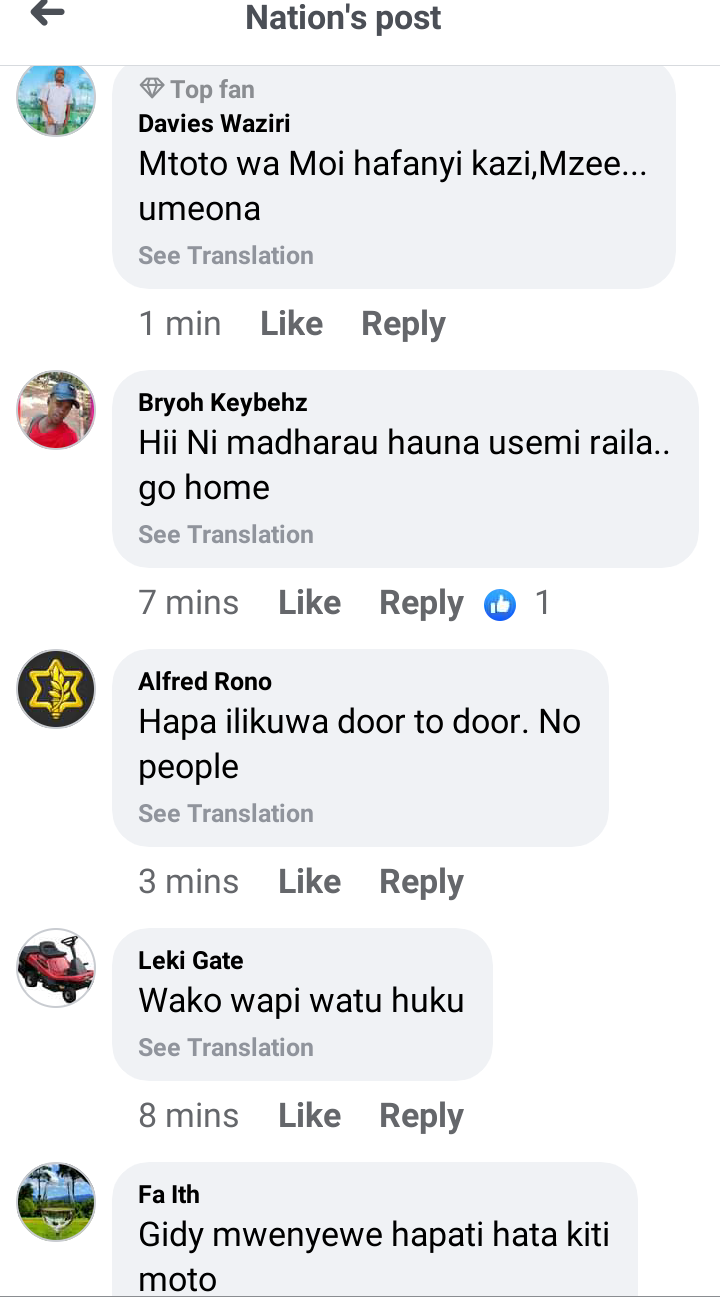 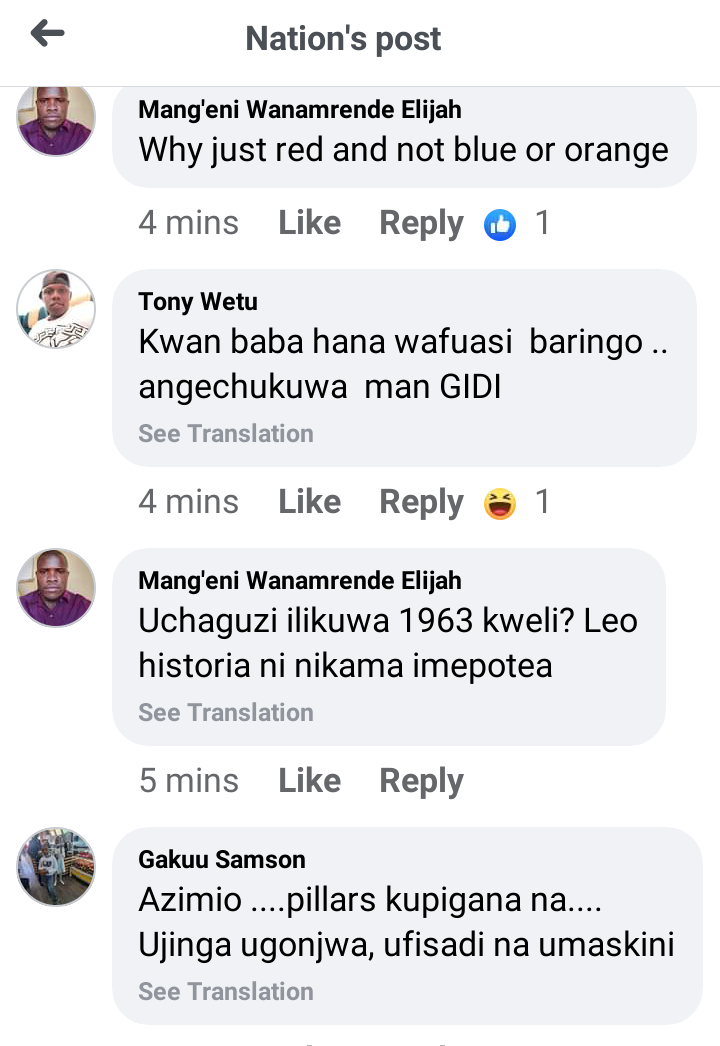