Accept And Move On! Millicent Omanga Advised By Her Supporters As She Files A Case Against Jubilee

By RealGithiri (self media writer) | 1 year ago

Nominated senator Millicent Omanga and six of her colleagues were unceremoniously ejected from the rulling party Jubilee. The vocal senator didn't see this coming as the only nominated senator on the chopping board was Isaac Mwaura.

Her predicament came at a time when the political temperatures have risen to the maximum. She can attest her troubles to the BBI initiative that is currently on pause as the courts halted the process of passing the bill in county assemblies.

But Omanga has fearlessly approached her dismissal with the full force of the law. She and her expelled collegues have filed a petition at the high court terming their dismissal as unlawful. Luckily for them the courts have now summoned the jubilee party organs and the defendants. 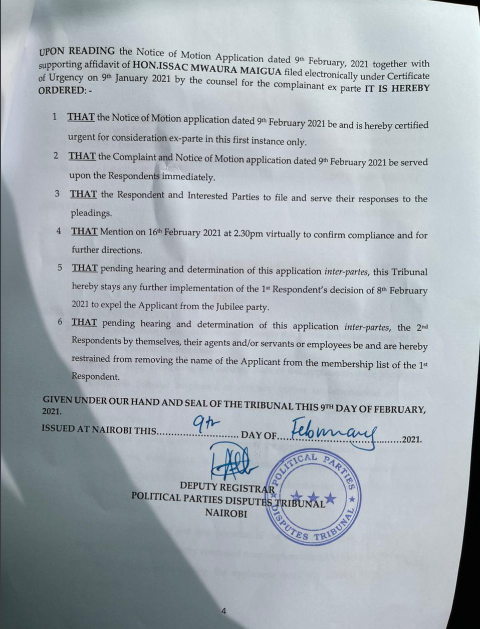 She wrote; We moved PPDT in pursuit of justice against unfair expulsion by Jubilee party & justice is already trickling Godspeed. As Martin Luther King, Jr. taught us, “The arc of the moral universe is long, but it bends toward justice.” Registrar of Political parties & JP are so ordered. 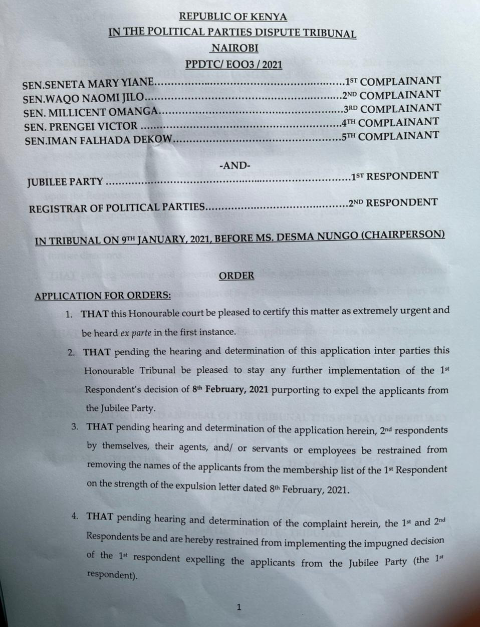 But one netizen asked the nominated senator to just accept her expulsion and move on. He told her it was groundless and fallacious to file a petition against the deep state and triumph. His advice was for her to move on as it was her own fault she was expelled. 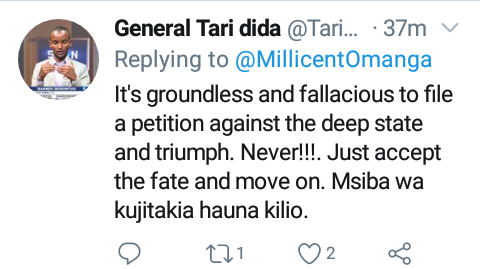