By Newsasa_Ke (self media writer) | 2 months ago 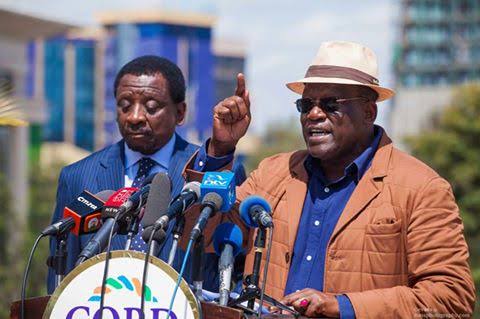 The United Democratic Alliance Party National Chairman Johnson Muthama has reacted after Ministry of Interior Cabinet Secretary Fred Matiangi's failure to respond on how the Ksh 60Million bounty will reach the Kitui Villagers who helped in the arrest of terrorists who had escaped from the Kamiti Maximum Prison issuing fresh details.

According to CS Matiangi while speaking at Kamiti, after being asked by one of the Journalists whether the Ksh 60million bounty will be given to the Kenyans who helped trace the terrorists as promised.

The CS responded informing that "No...no...no, we are not going there at the moment. Let us not be speculative about this. We are going to work on this meticulously as my colleagues have said," he said as quoted by Citizen TV.

However, the UDA Chairman Johnson Muthama has been drawn by the response by CS Matiangi's informing that the Kitui Villagers who helped apprehend the Escapees need to be given their 60 Million saying that they fully deserve it.

"The brave Kitui villagers who apprehended the 3 escaped dangerous terrorists should get state commendation for doing a heroic service to this nation. DCI should move with haste & award them, Kes. 60m bounty they had placed on info leading to their arrest. They fully deserve it," UDA National Chairman Johnson Muthama has said.