The former prime Minister of Kenya and Orange Democratic Movement party leader, honorable Raila Odinga has opened up about the ongoing debate after the government increased the price of fuel. 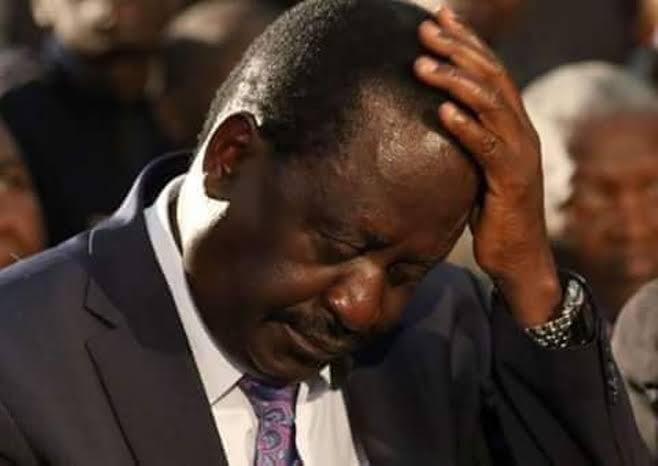 In an incident that has sparked a lot of mixed reactions from a number of politicians along with kenyans, the government increased the price of fuel which has also seen the transport industry increase bus fares for the same reason.

While reacting to this incident, the former prime Minister of Kenya, honorable Raila Odinga has called upon the government urging them to rescue the common citizen by reducing the price or rather, reducing tax on the same.

According to the reports given by Raila, he said that it was so unfortunate that most Kenyans who are currently trying to put food on the table in the already collapsing economy have to struggle with fuel price. 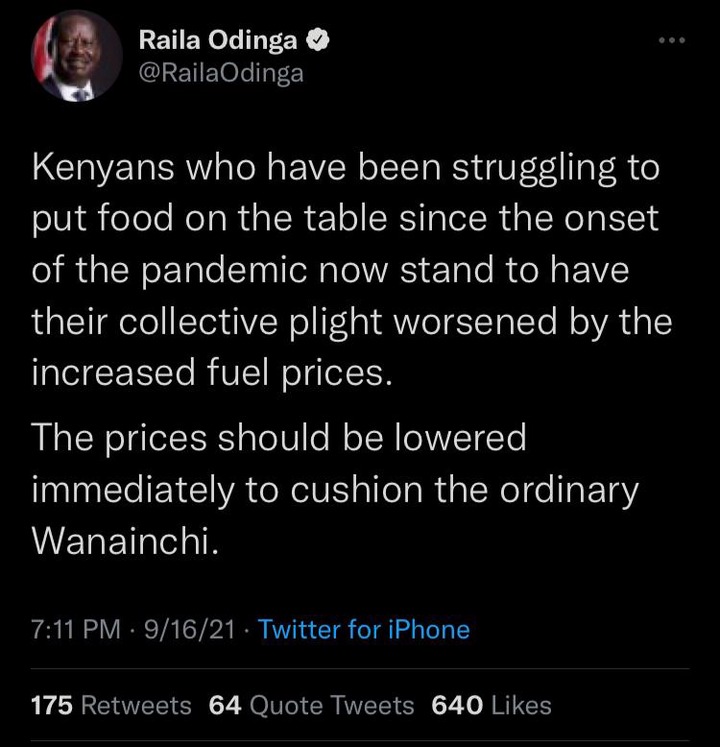 While reacting to his post, Elgeyo-Marakwet senator Kipchumba Murkomen has uploaded a video of the following the former prime Minister of Kenya in parliament demanding the government to increase taxes on fuel.

In the video, Raila Odinga could be seen coming out of parliament after he allegedly convinced them to add 9% tax to petrol. The video has sparked Alot of mixed reactions from a number of kenyans who called him out accusing him of being a pretender.

According to the reports given by most Kenyans, they claimed that the former prime Minister of Kenya might have done this in order to get customers in his gas cylinder industry. 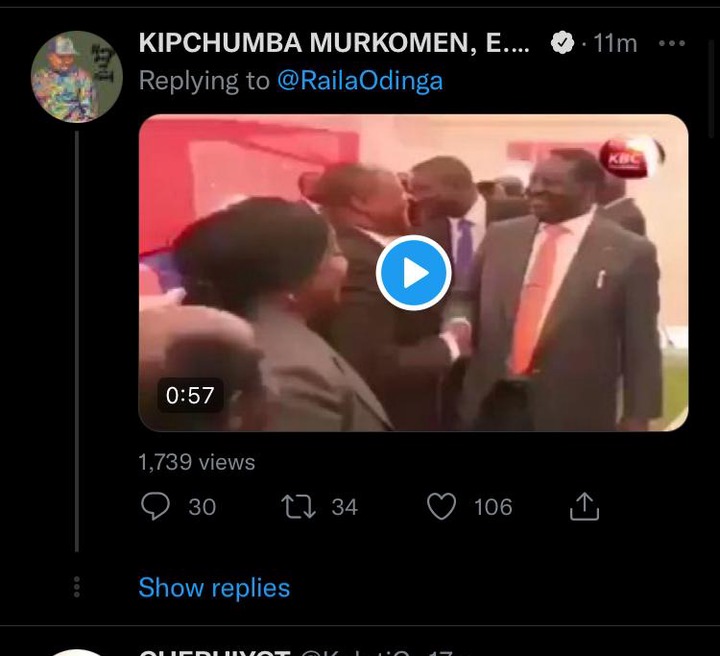 Just In: Mashujaa Chief Guest And President Of Malawi Arrives in Kenya Received by Leaders

Genesis Of Trouble Between Agnes Tirop And Her Husband Revealed, How Their Relationship Deteriorated

Why Police Have Announced The Closure Of Southern Bypass