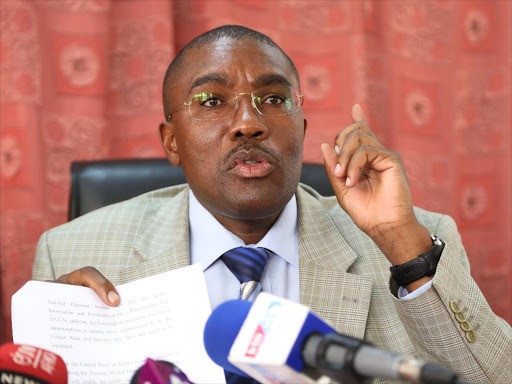 After Senior Counsel Lawyer Ahmednasir penned a letter claiming that Raila Odinga did not win the 2017 elections, despite what his supporters claim.

Even the servers with a clear record that Raila Odinga won were hidden in OT Morpho bunkers in Paris, according to Kabando, who also claims that the deep state attempt to rig the elections against Raila is what caused some IEBC officials to die and Roselyn Akombe to flee. 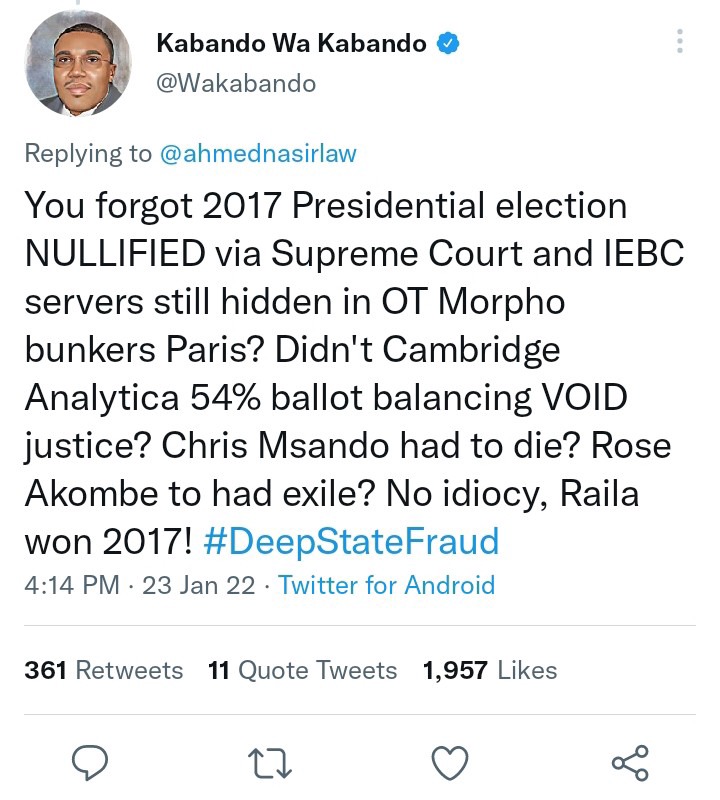