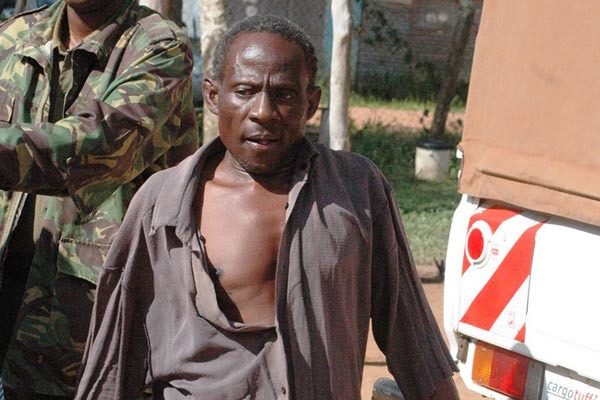 Since he came to limelight in 2014 for 'instilling' some discipline on ODM Leader Raila Odinga by caning him, Karisa Lengo reveals that he has been hiding afraid of ODM supporters' wrath for attacking their leader.

The 58-year old has now confessed that he is yet to understand the force that pushed him to attack Raila. Having had returned from Tanzania after about three decades of being away, Karisa recalls how he found him standing next to Raila who had toured Kilifi County.

He admits that though nobody provoked him, he just found himself using his walking stick to whip Raila on his back. He has denied rumors that he was angered by the fact that Raila was dancing with his woman, hence leading to such.

"Rumors that I hit Raila because he danced with my woman or because I was given money are false...," clarified Karisa. All he can remember is experiencing such a biting headache before he started feeling dizzy only to wake up in police cell.

Karisa has since confessed how he lives a life full of regrets since then, adding that he had no ill motive to disrupt Raila's rally. Fortunately, he was acquitted after Raila and Governor Mvurya forgave him.

However, he had to be whisked away privately out of the court, as ODM supporters waited outside baying for his blood. About 6 years down the line, Karisa now wants to meet Raila and shake hands as a way of reconciliation.

Living in hiding and leading a desolate life, Karisa notes how he got denounced even by his family and friends for causing shame through such act.