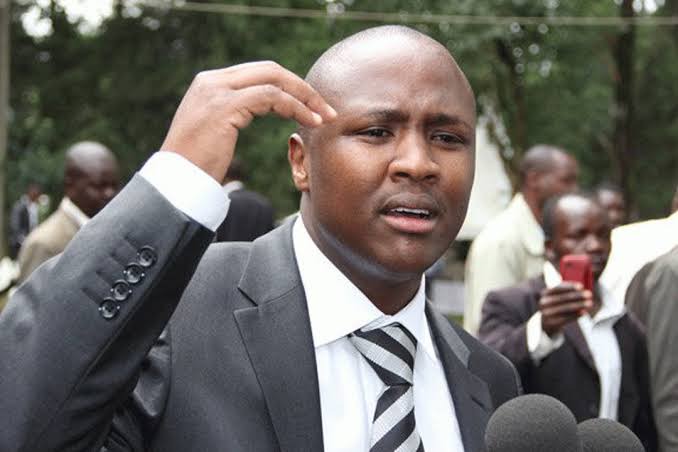 The two political leaders; Bomet senator Christopher Langat and Member of parliament Alfred Keter have shown interest in joining Azimio Coalition after they were denied the UDA tickets to defend their current seats.

Despite issuing their grievances to the party, nothing have been done to resolve the ongoing dispute. The Nandi Hills MP and Senator Christopher Langat are set to join Azimio One Kenya alliance this week.

The Azimio team command centre endorsement of the two political leaders and therefore they are expected to be received by Junet Mohammed among other leaders. Despite no formal statement has been issued, the two political leaders have been under pressure by their respective supporters to join Azimo for them to be re elected. Christopher Langat will seek re election using Azimio ticket.

The two prominent Kalenjin leaders will now carry out the flag of Azimio in the Rift valley despite DP Ruto dominance in the region. They are expected to team up with KANU chairman Gideon Moi with their political outfit. 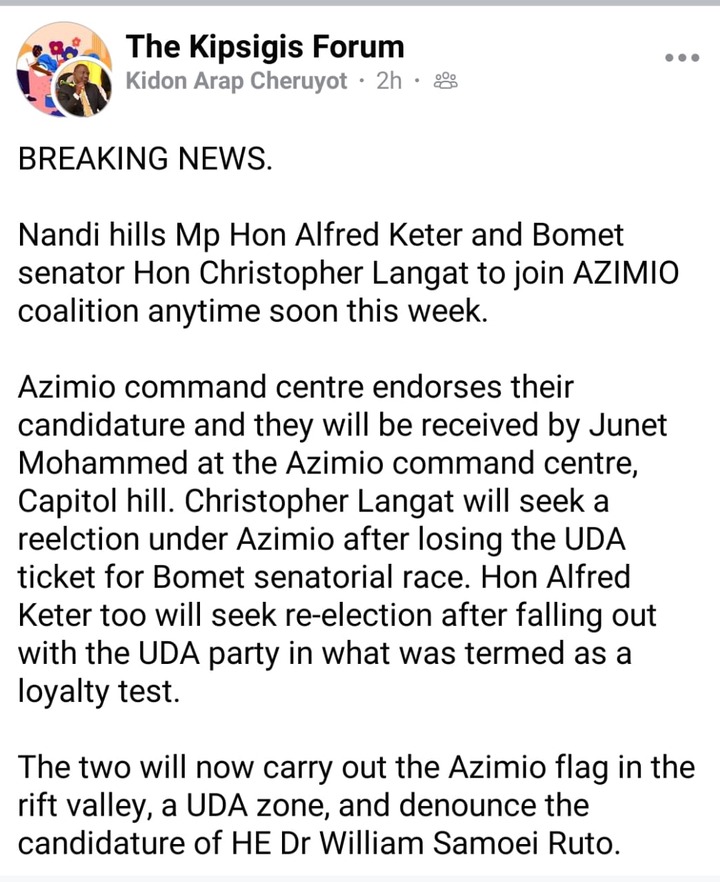