Deputy President William Ruto has broken his silence on secret audio recording of him confessing to nearly slapping President Uhuru Kenyatta in 2017. 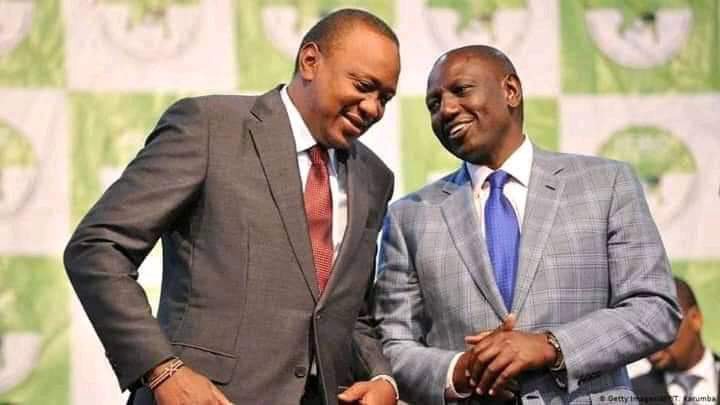 The DP while speaking during a rally in Imenti, Meru County on Monday, 4th July 2022, beoke his silence on the audio recording on Uhuru slap after the nullification of the presidential election in 2017 by Supreme Court.

DP Ruto defended himself stating that a lot was at stake for both he and the President and that it would be unfair for Uhuru make the sole decision to let go the seat just because the Supreme Court ruling.

The Kenya Kwanza presidential candidate has further lamented that his opponents have resorted to recording him in private and using the clips to campaign against him.

He has defended the contents of the audio recording stating he had every right to push Uhuru not to relinquish power because he had personally invested too much in their 2017 political campaigns for their second term in office.

"They are now secretly recording people and sharing it all over that Ruto pushed the President. Did you want us to allow him to leave the seat which we woke up at 5 am?" DP questioned.

The audio recording has seen Azimio la Umoja One Kenya Alliance allies led by Junet Mohamed and Hassan Joho launch an attack on DP Ruto, labling him dangerous to be elected.

Provisional Presidential Results As At 7:03

Preliminary Presidential Results By NTV As At 19:40 PM Wednesday Puts DP Ruto Ahead of Odinga