President Uhuru Kenyatta and his deputy president William Ruto are not as friends as they were back years. The friendship between the two broke up immediately after Uhuru made the handshake with Raila Odinga. 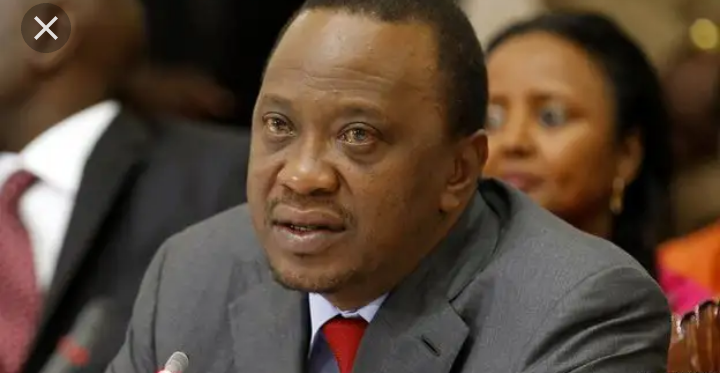 The differences between them continue to grow as a result of this, the forthcoming elections approach.

And now, the Member of Parliament for Kandara, Alice Wahome, is making a statement stating that President Uhuru Kenyatta intended to completely end the ban on the presidency.

However, something new has been revealed by DP Ruto's close ally who exposed what Uhuru did which is giving him a very hard time. 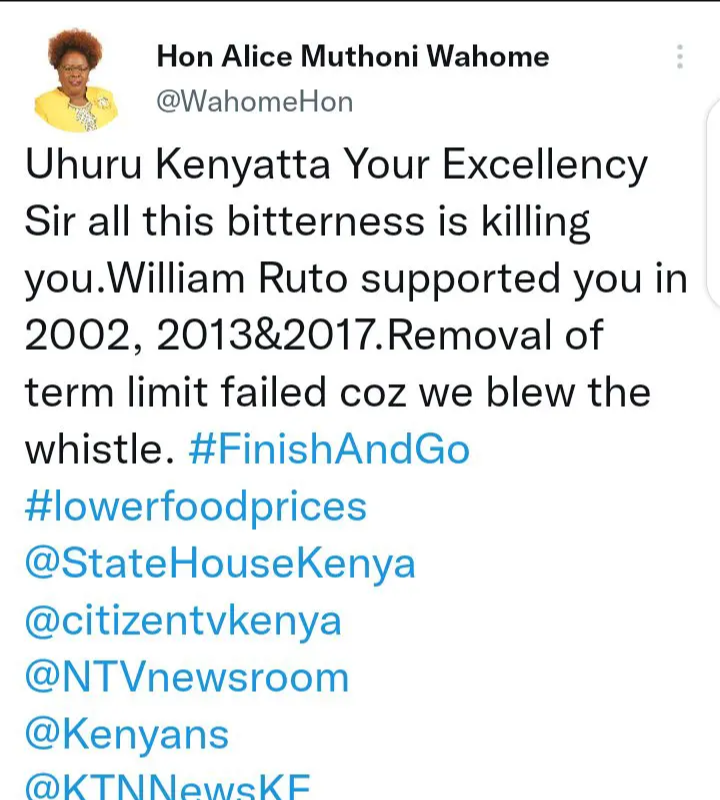 "Uhuru Kenyatta your excellency sir all this bitterness is killing you. William Ruto supported you in 2002, 2013, and 2017. Removal of term limit failed coz we blew the whistles.