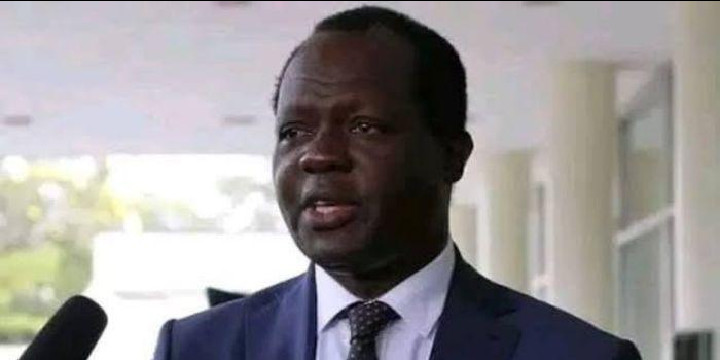 Tuju explained that the results indicated Raila was on an upward trajectory in the region despite the Kenya Kwanza coalition affiliated with Deputy President William Ruto garnering most of the votes.

The former Jubilee Party Secretary General expressed confidence that with Raila's performance in Mount Kenya, he was poised to succeed President Uhuru Kenyatta.

"We have the results of those who voted Raila, much better than it would have been the case six months ago or one year ago," Tuju told Kenyans.co.ke.

"What is important is that he has performed very well, and we anticipate good news and my responsibility here at Bomas it to make sure everything is proceeding on well," Tuju added.

Tuju also lauded the media for displaying different results, noting that it helps to keep the electoral body led by Wafula Chebukati in check.

"I think it is a positive development that the media engaged in this electoral political process. But we have to appreciate that there are limitations," Tuju stated.

His sentiments come after results released by Independent Electoral and Boundaries Commission (IEBC) indicated that Ruto had won in Karua’s polling station of Mugumo primary school in Gichugu, Kirinyaga County.

According to the results, Ruto cumulatively got a total of 911 votes from all the three streams against 311 votes cast in favour of Raila Odinga.

In Mugumo Primary stream three, Ruto got 322 votes while Raila got 94 votes.

According to the results, Ruto cumulatively got 983 votes from all the three streams against 464 votes in favour of Raila Odinga.