By TrendNews (self media writer) | 1 month ago

As the counting of votes continues across the the country, aspirants of various political posts have already been defeated and they have started to accept the results. Some have already received their results in some places but many are yet to receive. 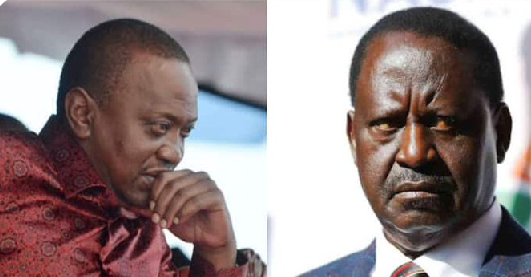 1. Amos Kimunya who is the majority leader at the parliament lost his seat to Wanjiku Muhia of the United Democratic Alliance party.

2. Jeremiah Kioni has conceled defeat in the Ndaragwa parliamentary race after he was defeated by UDA's George Gachagua.

3. Charles Kibiru has accepted defeat from Kirinyaga county governor Anne Waiguru who he wanted to oust out. Kibiru was the senator of Kirinyaga.

4. Naomi Shaban who has been an MP four times for Taita Taveta has concealed defeat for the first time in 20 years. She was defeated by her Wiper party opponent Bwire Okano.

5. Sospeter Ojaamong has been defeated in Teso South where he was seeking to be elected as a member of parliament. The Busia governor concealed defeat early even before the results were officially announced.

6. Kabando wa Kabando of Narc Kenyan has lost his chance of ascending to the senatorial seat for Nyeri county after he lost to his opponent.

7. Kanini Kenga, the MP for Kieni accepted defeat early than expected after he realized that his opponent was winning. Kanini has been an MP for the last 10 years.