United Democratic Party (UDA) key agents in Rurii ward, Nyadarua were arrested this morning ahead of a hotly contested member of county (MCA) by elections. 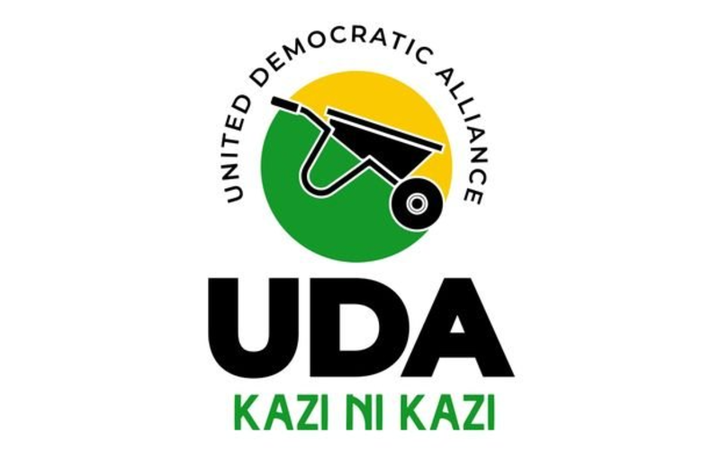 Brian Mbugua and Daniel Githinji were arrested near Olkalou Polytechnic and, all their phones were confiscated.

According to statement released by UDA Party Secretary, Veronica Mania, UDA party agents have been harassed & intimidated in all polling station across Rurii ward.

The harassment and intimidation has created suspicion among hustler movement supporters, who have questioned the credibility of the elections. 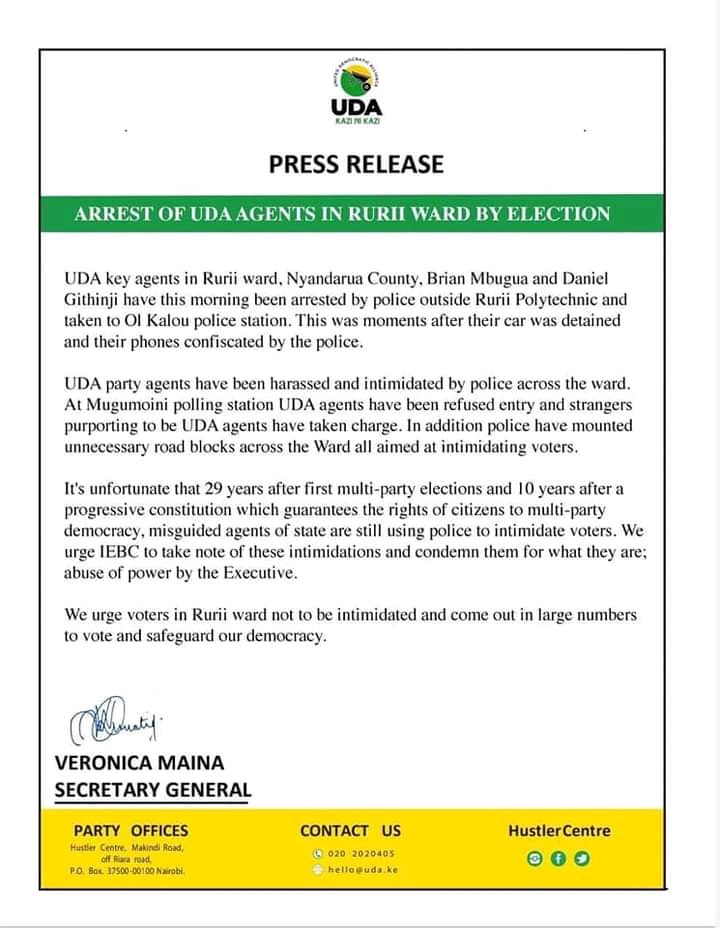 In Nyandarua's rurii ward by-elections, Peter Thinji of Jubilee party and Francis Muraya of UDA voted early in the morning and, urged the residents to vote for them.

Yesterday, aspirants from jubilee and UDA in Nyandarua, Rurii ward urged their supporters to come out in large numbers and vote.

According to 2010 constitution,right to vote is enshrined in article 38, under the bill of rights and fundamental freedoms.

The MCA seat was declared vacant after death of John Mburu Wamaria in January, who succumbed to Cancer.

Content created and supplied by: Trendiest_254 (via Opera News )