Tension has flared at the Bomas of Kenya National Tallying Centre on Thursday shortly before verification of the presidential votes commenced. 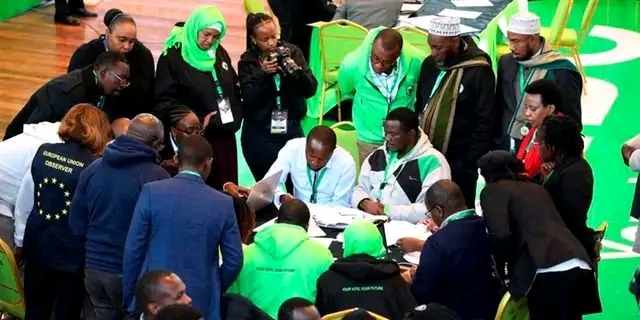 According to the report issued by Nation media group, agents of Deputy President William Ruto have clashed with IEBC officials over claims that that unauthorized forms 34A were being sneaked in. Led by United Democratic Alliance (UDA) Secretary-General Veronica Maina, the officials threatened to walk out of the process of receiving and collating forms 34A and 34B. 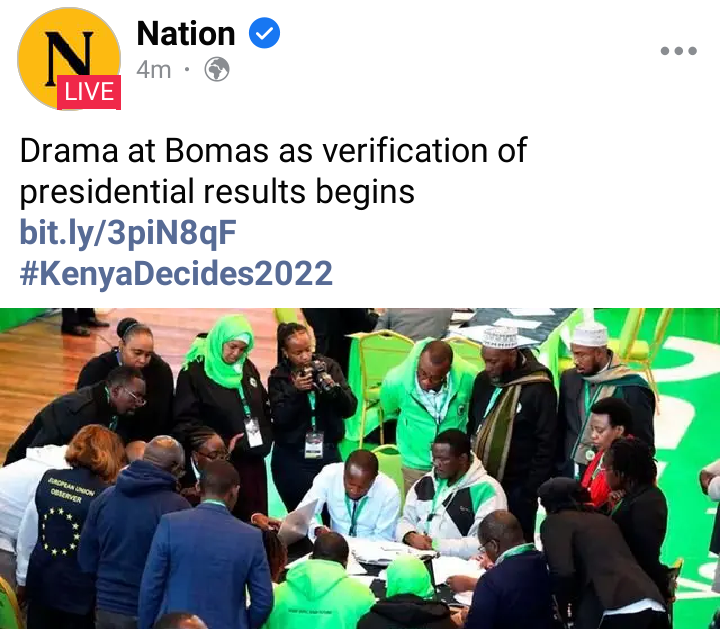 Ms Veronica Maina went on to engage the officials at Quality Assurance Desk, creating a commotion that pulled a crowd at the scene. The UDA agents also complained that the number of officials that were at the desks where the verification process was to be conducted were exceeding the number of desks present.

After a short while reported to be about ten minutes, the crowd became intense at Bomas forcing the IEBC Vice Chairperson Juliana Cherera together with Commissioner Francis Wanderi to intervene swiftly to calm the situation. 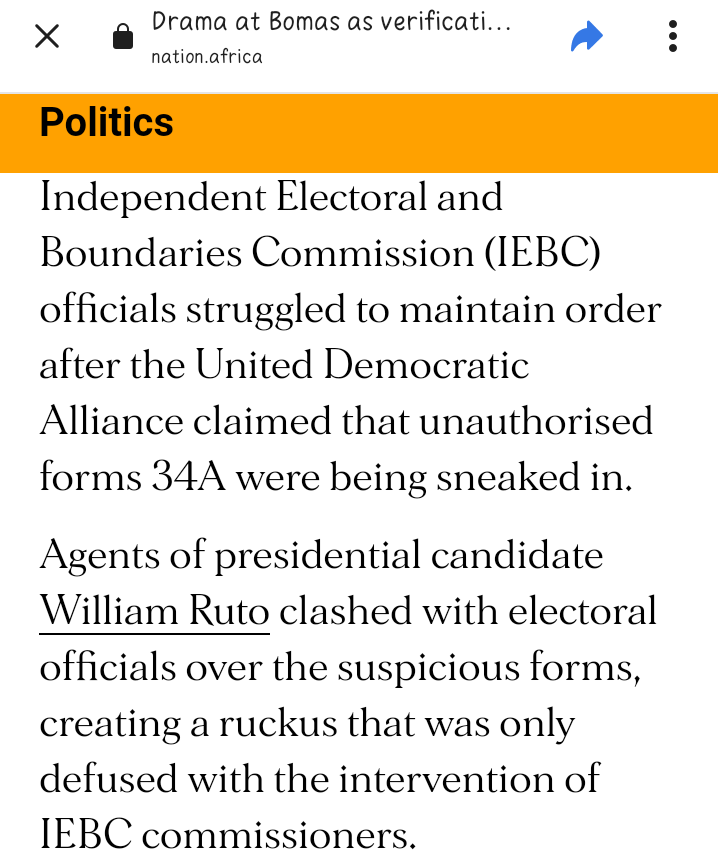