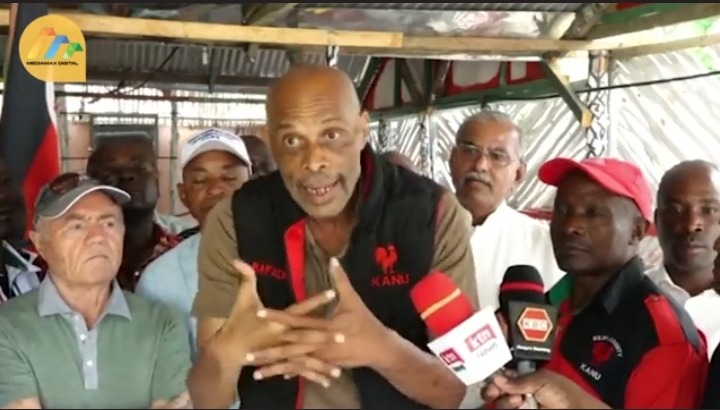 KANU national Organizing secretary Abdulrahaman Bafadhali, has Declared officially that they will not support any ODM candidate in the entire coast region from the seat of the Members of County assembly to the governor.

They have already declared support for Kilifi gubernatorial candidate on an independent ticket Franco Eposito Kasoso against Forner CAS Gideon Mungaro who is running on the Orange Democratic Movement party.

He said they are yet to settle on a candidate in Monbasa gubernatorial seat and will campaign against Mvita constituency member of Parliament Hon Abdulswamad Nassir Sheriff who is running on the Orange Democratic Movement party ticket.

They claimed that despite being in the same coalition, ODM leaders drawn from the coastal region have continously sidelined them in all the activities of the Azimio la Umoja-One Kenya Coalition Party.

Bafadhali accused ODM of not respecting them despite sacrificing the presidency for them and even after their leader Gideon Moi persuaded Wiper party leader Kalonzo Musyoka to shelve his bid to support Raila. Bafadhali declared ODM as their enemy and vowed not to change their decision.

The Standard Group PLC Statement On The Tallying Of Election Results